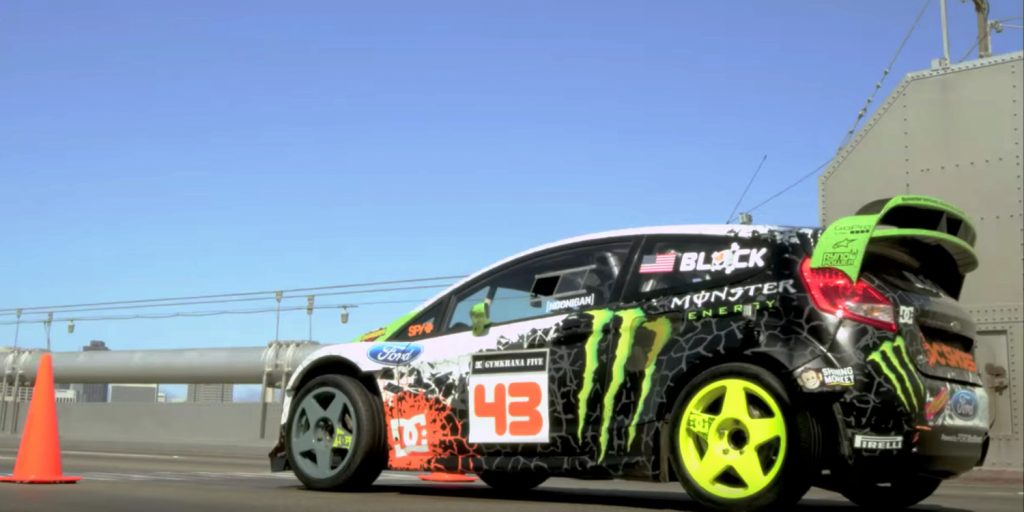 We’d wager that there’s hardly a gearhead alive who hasn’t been overcome by envy upon watching rally racing and Gymkhana star Ken Block do his thing, but what’s a petrol-loving motoring enthusiast to do about it?

For starters, he or she could get the right car lined up, and on that front, Hoonigan Racing Division is selling Mr. Ken Block’s rather famous Ford Fiesta HFHV (Hybrid-Function Hoon Vehicle) on Motorsport Auctions. The performance hyper-hatch bears an asking price of £250,000 – about $358,000 US. The video above shows Ken Block’s HFHV strutting its stuff through San Francisco in Gymkhana 5.

The Ford Fiesta World Rally Championship car is the base for the HFHV, equipped with a Pipo Moteurs 2.0-liter engine and Sadev Rallycross transmission, putting out some 600 horsepower and 664 lb-ft of torque with a 45mm restrictor. According to the listing, even with a 34mm restrictor the engine is good for about 350 horsepower.

Ken Block’s Hybrid-Function Hoon Vehicle is so-named because it’s been built to compete in the rally racing and rallycross, as well as starring in the Gymkhana series. It’s currently configured for rally racing, but ships with the parts necessary to prep it for rallycross.

It’s obviously a desirable monster of a machine. The real question is: preserve it, or thrash it?