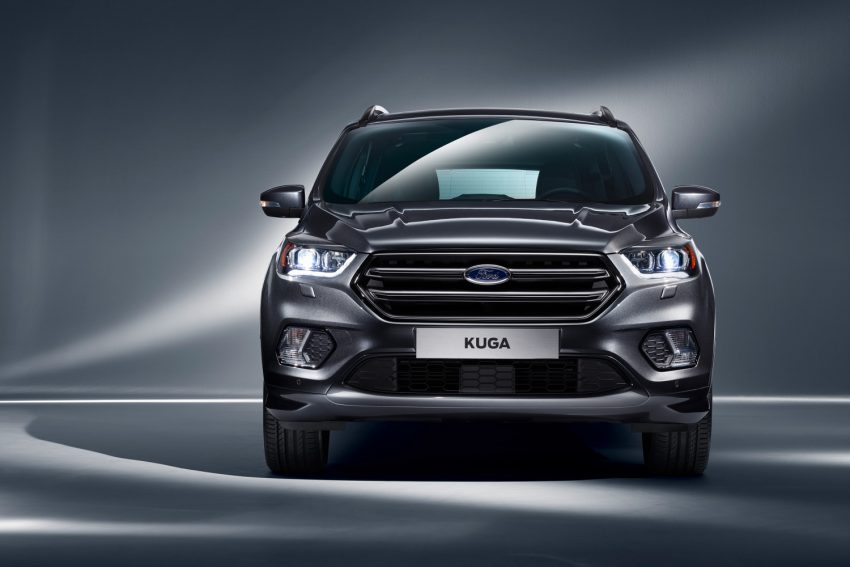 In case you missed the news, Ford Motor Company made the trek out to this year’s Mobile World Congress in Barcelona, Spain in order to show off the new Ford Kuga crossover, as well as to announce the arrival of the automaker’s latest SYNC 3 infotainment system.

The Mobile World Congress – an annual exhibition and conference for the mobile industry – might seem like an unusual place to debut Europe’s revamped Ford Kuga CUV, but it makes some amount of sense given Ford Motor Company’s recent interest in connectivity, data and analytics. In fact, it could be argued that the automaker is putting at least some level of effort into cultivating a more “tech company” image of late, and the Ford Kuga itself is being marketed as a well-connected, tech-savvy vehicle.

As Ford Executive Director of Connected Vehicle and Services Don Butler explains: “Because mobile devices are now such a part of our lives, and [have] become a broader ecosystem, it makes perfect sense for Ford to be here as well because connectivity is so big a part of what we’re doing underneath our umbrella of Ford ‘Smart Mobility.’ So, Mobile World Congress and Ford make a great pair and a great match.”