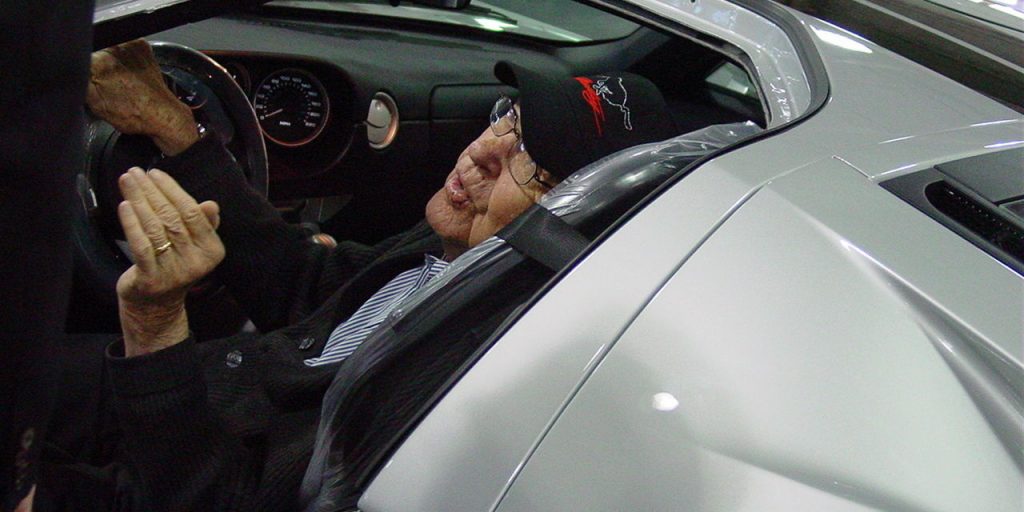 For sale on eBay right now is a very nifty piece of Ford performance history: a 2005 Ford GT driven by Carroll Shelby himself.

What’s more, this Ford GT is a one-owner car with just 465 miles on the odometer, and has been kept nearly as pristine as the day it was built. The late, great Carroll Shelby drove this example off the assembly line, and his signature can be found on two of the three original window stickers. According to the seller, it’s the only known Ford GT ever built to have been driven off the assembly line by Mr. Shelby with the photo documentation to prove it.

The car’s factory color scheme – silver with a black stripe – is also quite rare, and this Ford GT comes equipped with the factory McIntosh radio upgrade. It’s being sold by a dealer in Macomb, Michigan with an asking price of $499,900, and if you’d like to see more, be sure to check out the original eBay listing.