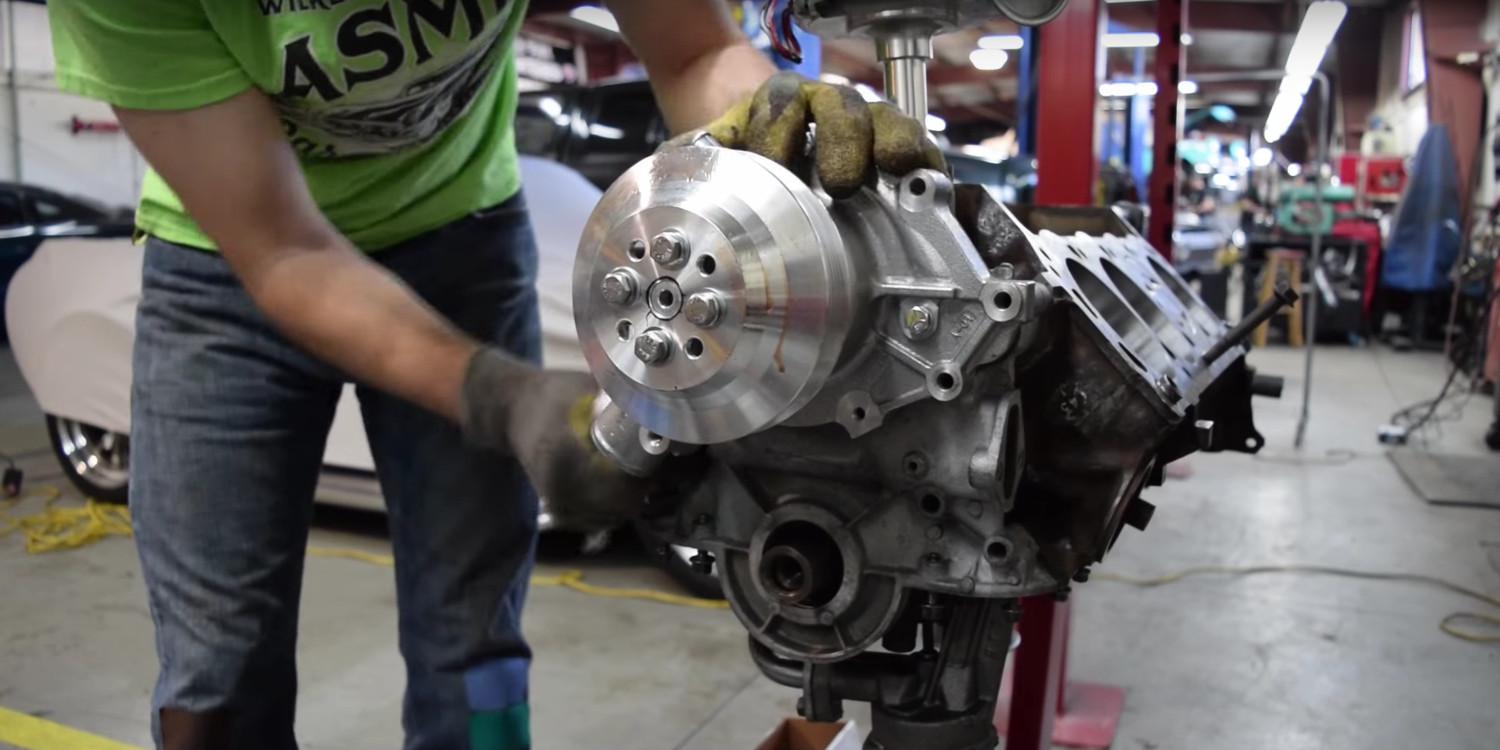 Mr. Regular Cars of Regular Car Reviews has come along with another update from his “Vagabond” 1960 Ford Falcon build, wherein he addresses a rather large problem left over from his last update: engine pulleys that didn’t quite line up.

To align the crankshaft and water pump pulleys on his Ford Falcon’s new Windsor 302 V8, Mr. Regular Cars bought aftermarket pulleys with different spacing. Alas; those, too, did not align properly. So, a pulley spacer was used – one which proved to be too thick initially, requiring that it be sawed, levelled, and meticulously-sized to the application.

Finally, after much hard work and tedium, the pulleys were in alignment.

After that, Mr. Regular Cars grinds valve seats, laps the valves – a process in which valves are rotated within their seats multiple times with a grinding compound to ensure a good seal – and does everything else necessary before reassembling the engine. Finally, the oil pan and timing cover are installed, and the head-less engine painted. Although this Windsor V8 is from 1993, it’s been painted a vintage “Ford Blue” shade, which should look tremendous under the hood of Regular Cars’ 1960 Ford Falcon.

For more on this engaging Ford Falcon build from Regular Car Reviews, be sure to check back. Regularly.