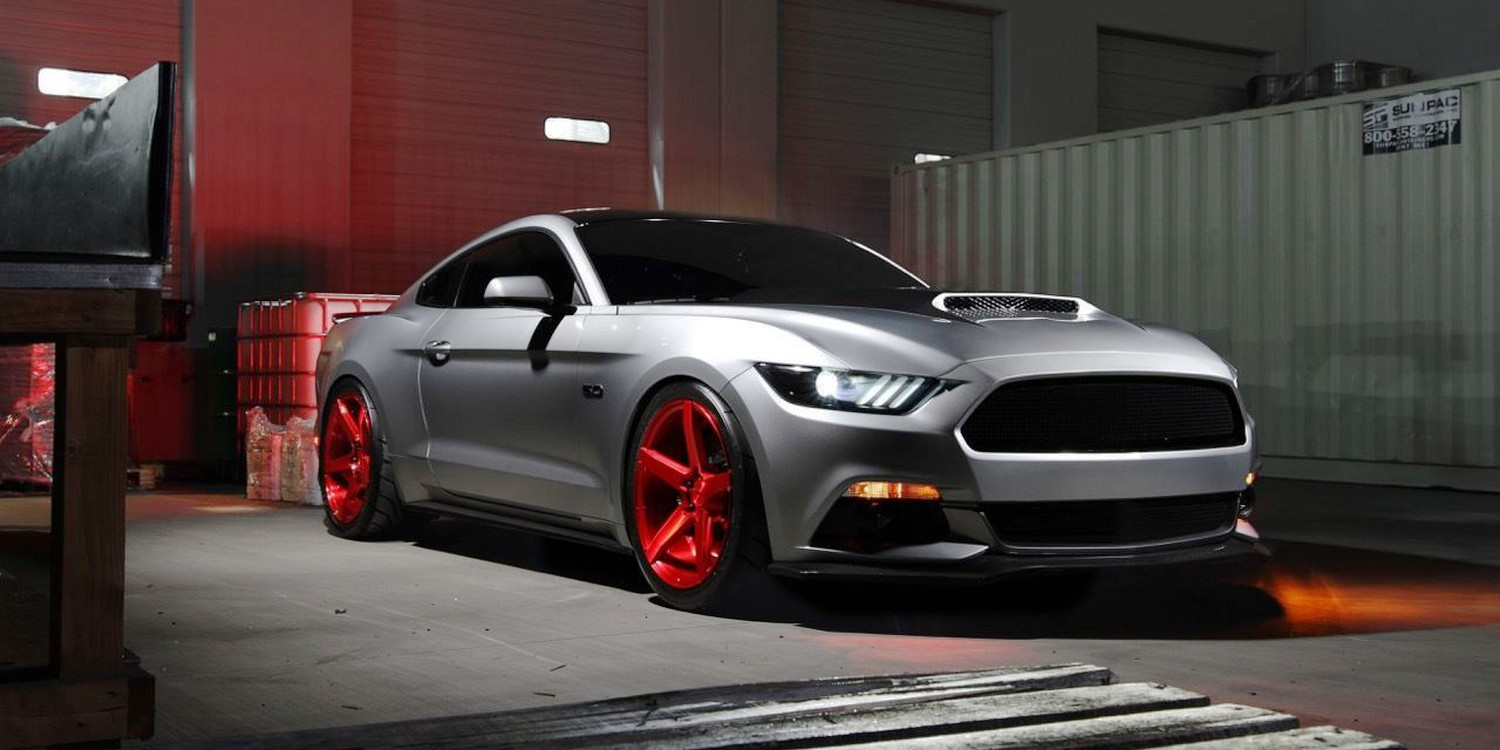 It’s not every day that a thoroughly-customized SEMA show car goes up for sale. But here we are, and this supercharged, 718 horsepower Ford Mustang GT has been listed on eBay wearing a price tag of just $62,500.

This stunning one-off Ford Mustang GT was displayed at the SEMA show in Las Vegas last year, before making a second public appearance at the Los Angeles Auto Show later in the month. The stock 5.0-liter V8 engine is fed by a 2.9-liter Whipple supercharger, while other equipment like the throttle body and fuel injectors have been upgraded to suit. A company called RK Sport furnished the carbon fiber front splitter, rear diffuser, side skirts, decklid spoiler, and ram air hood.

The 2015 Ford Mustang GT fastback rides on 20-inch Savini wheels in brushed red, and big Wilwood brakes haul it all to a stop. Inside, four 8-inch ported subwoofers from Image Dynamics can be found, with Arc Audio amplifiers and components from Audiofrog. The black leather seats with contrasting red accents were sourced from Roadwire.

This truly awesome one-off 2015 Ford Mustang GT has just 5,951 miles on the odometer, and considering the expense of doing all of the aforementioned mods by oneself, the $62,500 price tag makes it a bargain. We imagine it won’t encounter too much difficulty in finding a new home.