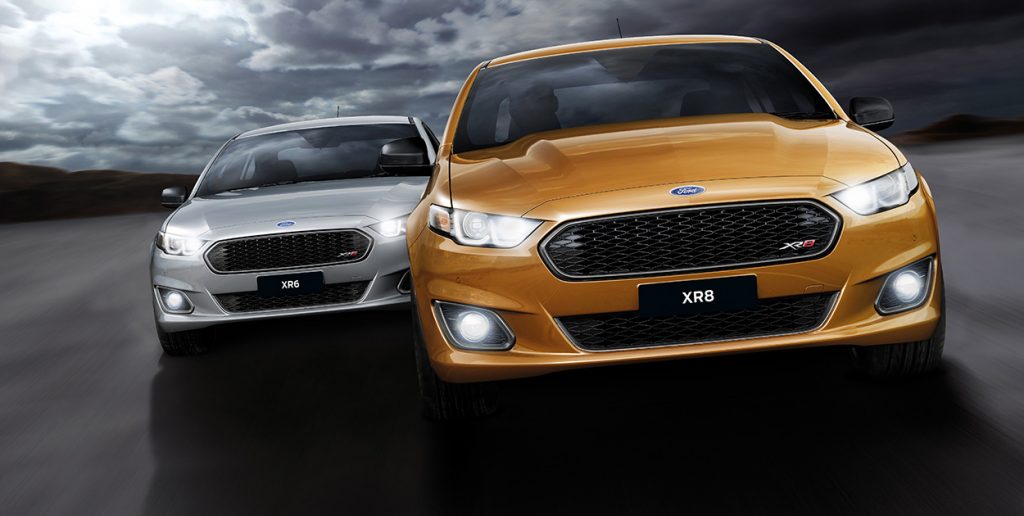 In Australia, domestic Ford production is coming to an end this October after 91 long years. Determined to go out with one last, great hurrah, two new performance variants of the Ford Falcon have been revealed: the Ford Falcon XR6 Turbo Sprint, and the supercharged Falcon XR8 Sprint.

We have no doubt that both models will be instant classics.

News Corp Australia reports that a total of just 1400 cars will be made: 550 Ford Falcon XR6 Turbo Sprint examples, and 850 XR8 Sprints. Of those, 50 XR6s and 100 XR8s will be shipped over to neighboring New Zealand.

The Ford Falcon XR6 Turbo Sprint will be powered by a turbocharged inline-6 displacing 4.0 liters, capable of about 435 horsepower and 425 lb-ft of torque. The supercharged 5.0-liter V8 in the Ford Falcon XR8 Sprint will put out more than 460 horsepower and about the same amount of torque. However, a 15-second “overboost” function, available whenever ambient air temperature is below 25 degrees Celsius (77 Fahrenheit) boosts power up to 495HP and 535HP, respectively, with nearly 480 lb-ft of twist.

If that isn’t enough to make you want to move to the Land Down Under, we don’t know what is. Sadly, pricing is a bit steep, with the Ford Falcon XR6 Turbo Sprint basing at around $54,990 (automatic only), and the XR8 Sprint priced at $59,990 (or $62,190 with an automatic transmission). Both high-performance Ford Falcon models should hit showrooms sometime this April.