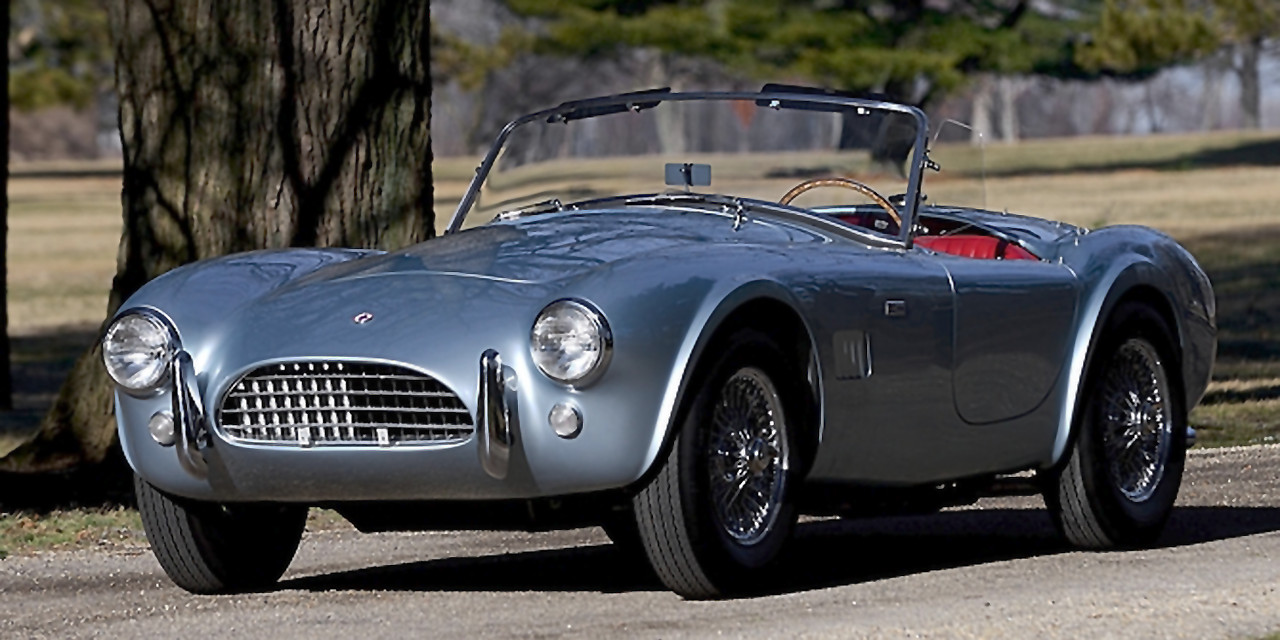 At Mecum’s upcoming auction in Indianapolis, Indiana this May, at least one example of Carroll Shelby’s game-changing, Ford-powered roadster will be on hand: this 1964 Shelby Cobra 289.

This Shelby Cobra is slated to cross the auction block between the 17th and the 21st, wearing chassis number CSX2271. Its ownership history is a doozy, having been purchased new by E.C. Kiekhaefer – the man who founded the Mercury Marine outboard boat motor company – the same year. He optioned the car with a “Class A” accessories package, which included 5.5-inch wire wheels with “AC” caps, a radio, a dash-mounted rearview mirror, wind wings, chrome bumperettes, and a quick-fill fuel cap, according to Mecum. After just two years and 1,800 miles of ownership, Kiekhafer sold this Shelby Cobra to a man named Michael Gallagher, who held onto it for 24 years before selling it to NHRA World Champion Bruce Larson in 1990. By that point, the car had racked up 54,560 miles. Mr. Larson didn’t race the car, instead keeping it in his personal collection until the early 2000s, when it changed hands again, becoming the property of Shelby and Mustang collector Barry Smith. He treated the Shelby Cobra to a full concours restoration, bringing it to its current state.

Shelby Cobra No. CSX2271 is shod in its original Silver Mink shade, with a red interior – a truly stunning color combination. It retains the correct HiPo 289 cubic-inch V8 and 4-speed transmission, and comes with scores of documentation, including papers relating to previous owner Bruce Larson.

For the auction listing, as well as a full gallery of high-quality photographs, head to the Mecum Auctions website.