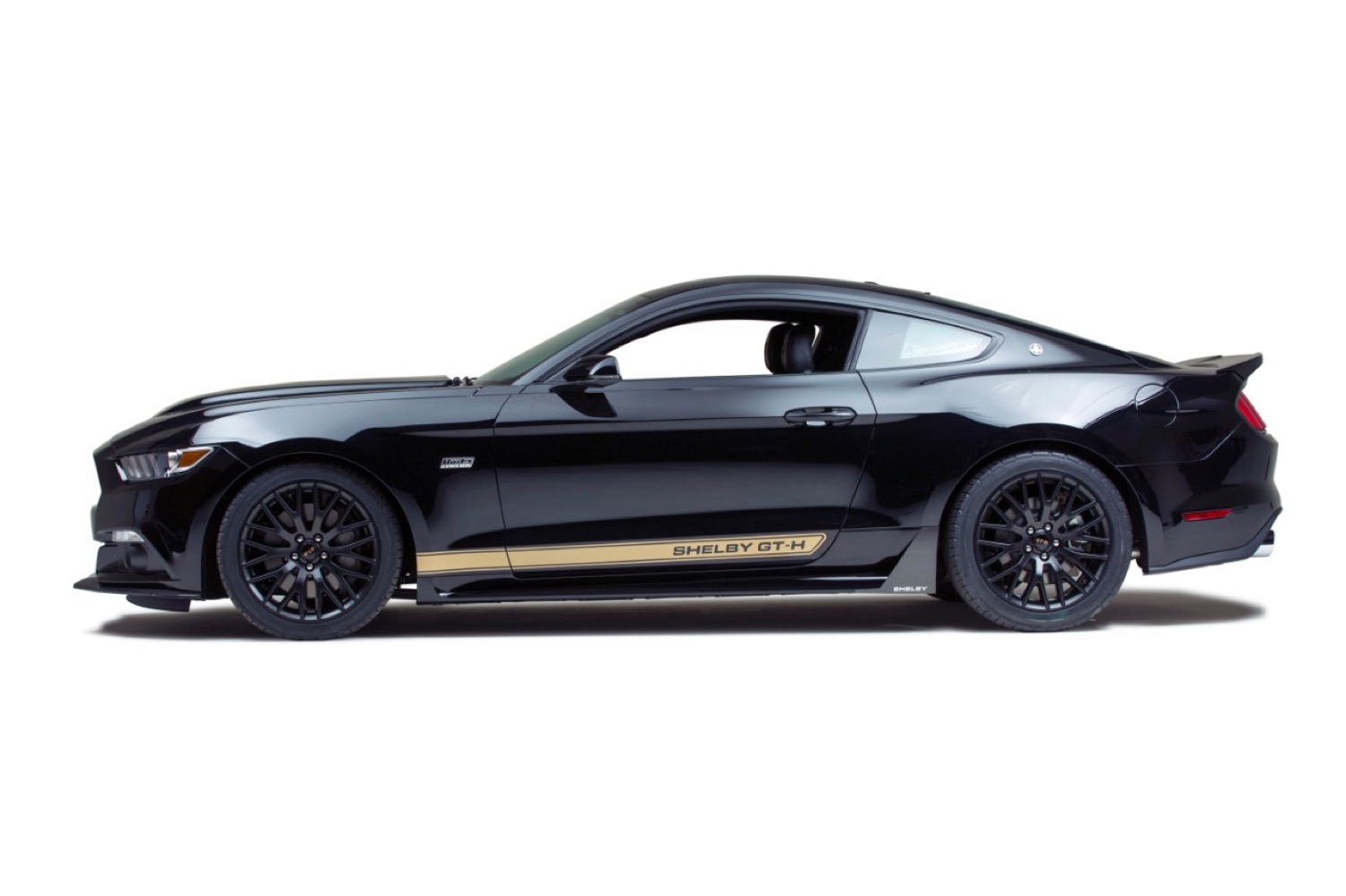 In case you missed the news, a brand new 2016 Shelby GT-H Mustang “Rent-a-Racer” just bowed ahead of the New York International Auto Show, commemorating the 50th anniversary of the original Hertz Rent-a-Racer: the 1966 Shelby GT350-H.

At select Hertz locations across the US, thrill-seekers will be able to rent the new Shelby GT-H Mustang like they would any other passenger vehicle. However, unlike the GT350-H of 50 years ago, the new Hertz Mustang is not based on today’s range-topping Shelby GT350 Mustang, but rather on the ordinary V8 Mustang GT.

That’s not a problem, but it does leave us rather underwhelmed. A unique body kit, special graphics and emblems, and exhaust and suspension upgrades from Ford Performance do not make a particularly memorable Shelby-branded model, let alone a worthy homage to the GT350-H of yesteryear. Granted, the 2006 Shelby GT-H Mustang was very much the same way: a run-of-the-mill Mustang GT with a lot more “show,” but little more “go.” This new car isn’t without precedent.

And undoubtedly, some will observe that the 5.0-liter Coyote V8 of the Mustang GT already makes plenty enough power for the average Hertz rental customer, and introducing Joe Sixpack to the high-revving, 5.2-liter “Voodoo” V8 of the 2016 Shelby GT350 would be a recipe for disaster. That might be right.

Even still, we can’t shake the feeling that the new Shelby GT-H Mustang falls short of a fitting Golden Anniversary present for the classic black-and-gold rental race car. But it does look rather tremendous, and that’s something to be thankful for.