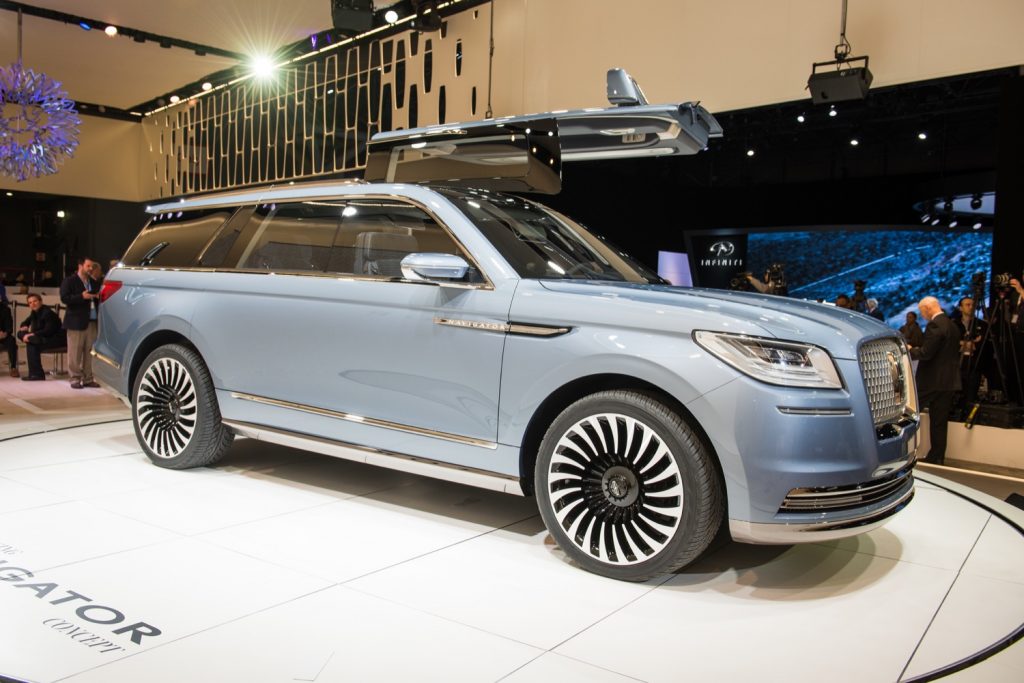 The automotive punditry has been buzzing about the new Lincoln Navigator Concept ever since the wraps came off this past Tuesday, with most apparently fixating on its Tesla-esque gull-wing doors, and little else.

Obviously, the chances that the massive, upward-opening doors on this concept vehicle will make it to production are about as slim as can be, but they’ve drawn criticism nonetheless.

Regardless, Automotive News combed the internet, rounding up a handful of varied responses from major players in the automotive press sphere, such as Car and Driver, Kelley Blue Book, Autoweek, and others. How representative these comments will be of the general public opinion remains to be seen, but at the very least, it provides a cross-section of the range of opinions currently out there about the new Lincoln Navigator Concept, from positive, to lukewarm, to outright vitriolic.

Car and Driver‘s Steve Siler hit on a valid concern with the Lincoln Continental Concept: whether the design isn’t too derivative of a Range Rover, and the doors too clearly borrowed from the Tesla Model X. “Accusations of copycat design work have never seemed to cause Ford or Lincoln much concern before, though,” said Mr. Siler. “Based on how closely the production Continental hews to the lines of its concept forebear, we don’t expect Lincoln to make substantial changes to the production Navigator that will appear in 2017.”

That’s apart from the likely switch to ordinary, side-hinged doors, of course.

Meanwhile, Kelley Blue Book‘s Richard Homan remarked rather positively on the concept, saying: “Looking half-the-time like a Ford Flex that had at last made peace with its boxiness and the other half like a European masterpiece, the new Lincoln Navigator Concept… had a lot going for it, not the least of which was that it was an imaginative concept car rather a warmed-over mid-cycle refresh of a production model.”

To check out a full range of different press opinions on the new Lincoln Continental Concept, be sure to check out Automotive News.