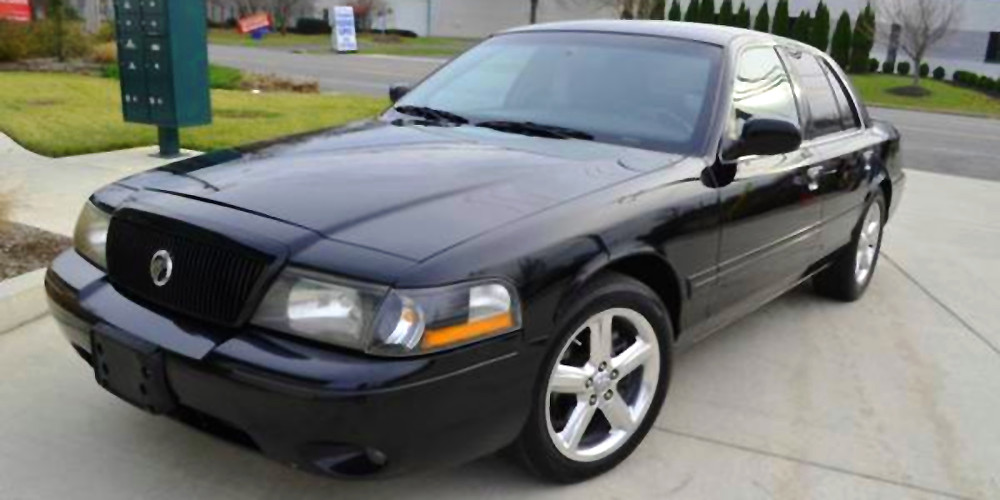 If you’re like us, you might feel as though the 2003-’04 Mercury Marauder was criminally under-appreciated in its day. Granted, one might be forgiven for seeing it as “just another” Panther-based, full-size sedan like the Ford Crown Victoria. And the Lincoln Town Car. And the Mercury Grand Marquis…

In reality, though, it was so much more, offering much of the same upgraded equipment as could be found on the Crown Vic Police Interceptor, along with a dual-cam version of the 4.6-liter Modular V8 found in those other cars, like that used in the Mustang Mach 1 of the time. Where the Crown Victoria, Town Car, and Grand Marquis were all comfortable cruisers, the Mercury Marauder was a high-output bruiser.

But apparently, not bruiser enough for some; a 2003 Mercury Marauder recently surfaced on Craigslist in Philadelphia, boasting a manual transmission swap, and twin turbochargers. It’s the car pictured above, painted in the only appropriate shade for a Marauder: black.

The listing for this Philadelphia-located Mercury Marauder says nothing with regard to the car’s current power output, nor to the origins of its 6-speed manual transmission, but the seller is asking for $12,900 – a reasonable price even for an example without two turbos and a stick. Be sure to check out the original Craigslist post for more photos.