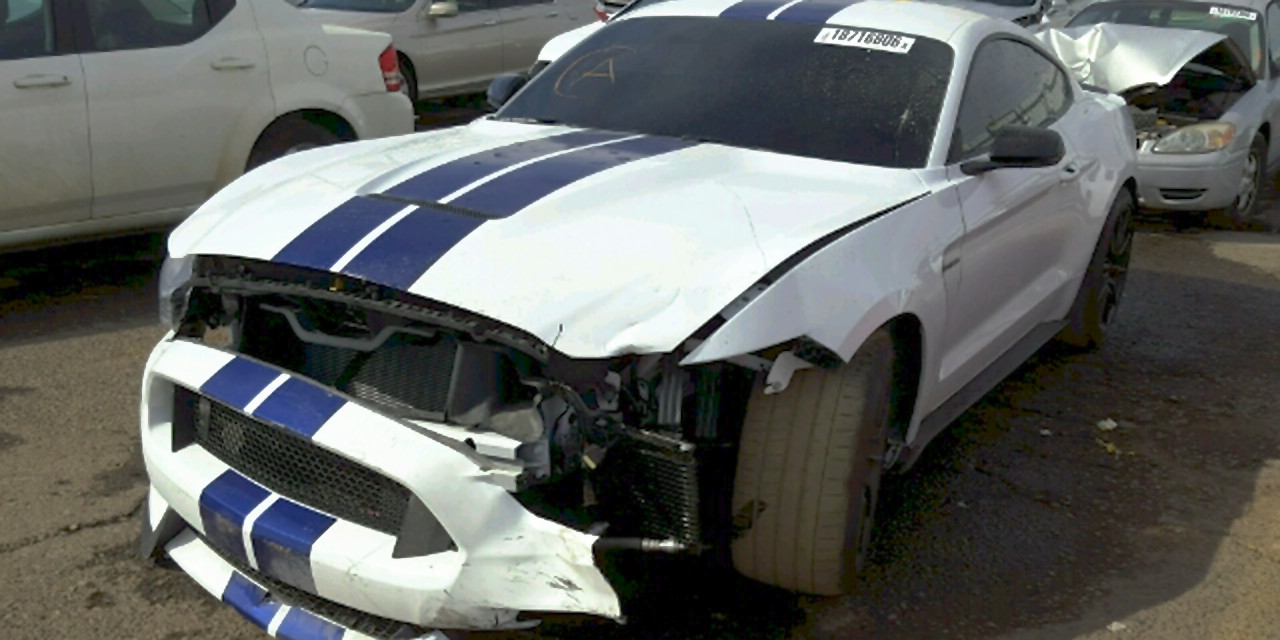 Well, that didn’t take long; some poor soul has already had an accident in his or her brand new Ford Shelby GT350, leaving the car with just 247 actual miles on the odometer to be sold at auction as a salvage vehicle.

Website autoevolution found the listing, posted to American salvage vehicle website Copart.com with a high bid of $30,750 at the time of this writing. The wrecked Shelby GT350 wears plenty of front end damage, but from the looks of it, nothing that a little Bondo and epoxy can’t fix. Even more encouraging, the car still runs and drives, according to Copart, although this doesn’t mean that it’s a roadworthy vessel by any stretch of the imagination.

Wrecked as it is, this Shelby GT350 Mustang is far from ruined; it’s currently titled as a salvage vehicle in the state of Arizona, and we would guess that it’s a prime candidate for repair and restoration. And with prices for the Shelby GT350 and GT350R sky-rocketing well beyond MSRP in many cases, the right buyer could turn this salvage vehicle into a pretty profit.