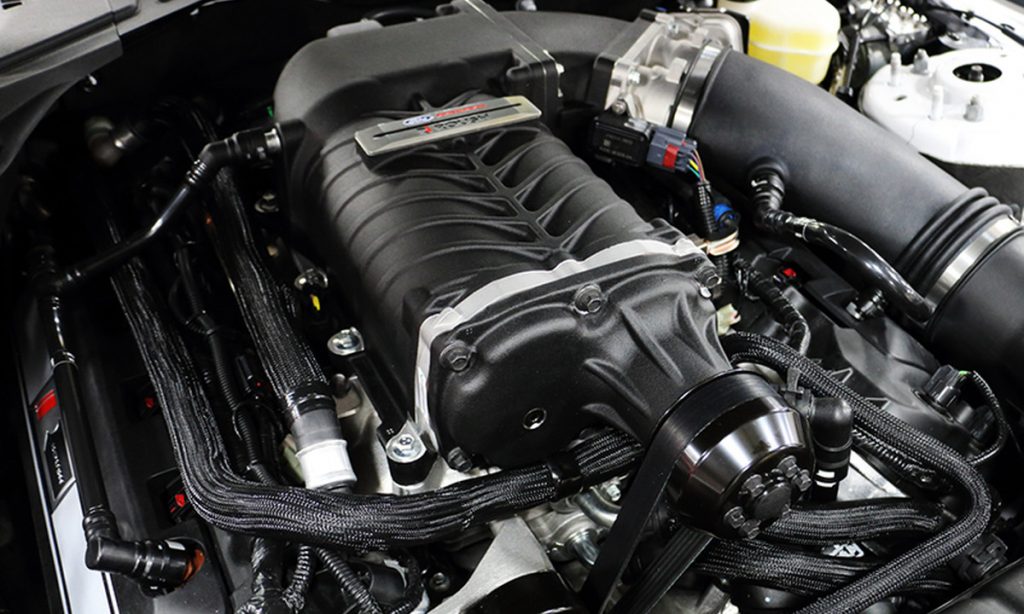 Ford Australia isn’t about to let aftermarket tuning shops and performance parts manufacturers corner the market; according to Australian website Drive, the company is looking at offering in-house performance upgrades for the 2016+ Ford Mustang.

Ford Australia CEO Graeme Whickman remarked that while “you can’t stop the aftermarket from doing what it wants to do,” the company has “some pretty strong potential, particularly around Mustang for example, in terms of some of the development we have around Roush.” He went on to say: “We’re working on it and I feel confident that we might have something to talk about in the coming months.”

Roush Performance is a leader in Ford Mustang upgrades for the US market, offering products from a “Flashpack” for the EcoBoost model, which boosts output by 42HP at the wheels with a simple ECU tune, all the way up to a “Stage 3” kit, which uses a supercharger to push engine output up to a 670HP peak in the Mustang GT. These kits are thoroughly vetted and verified so that they don’t void the Ford Mustang’s factory drivetrain warranty.

Ford Australia is “close to the next step” for Mustang upgrades, says Whickman, but the parts haven’t quite been signed off on yet by engineers.

“Part of the reason that these things sometimes take a bit of time is that we need to warrant them and stand behind them. To be able to do that you’ve got to be very clear around your engineering assumptions and ultimately whether it’s going to stand the test of time in a typical market.”