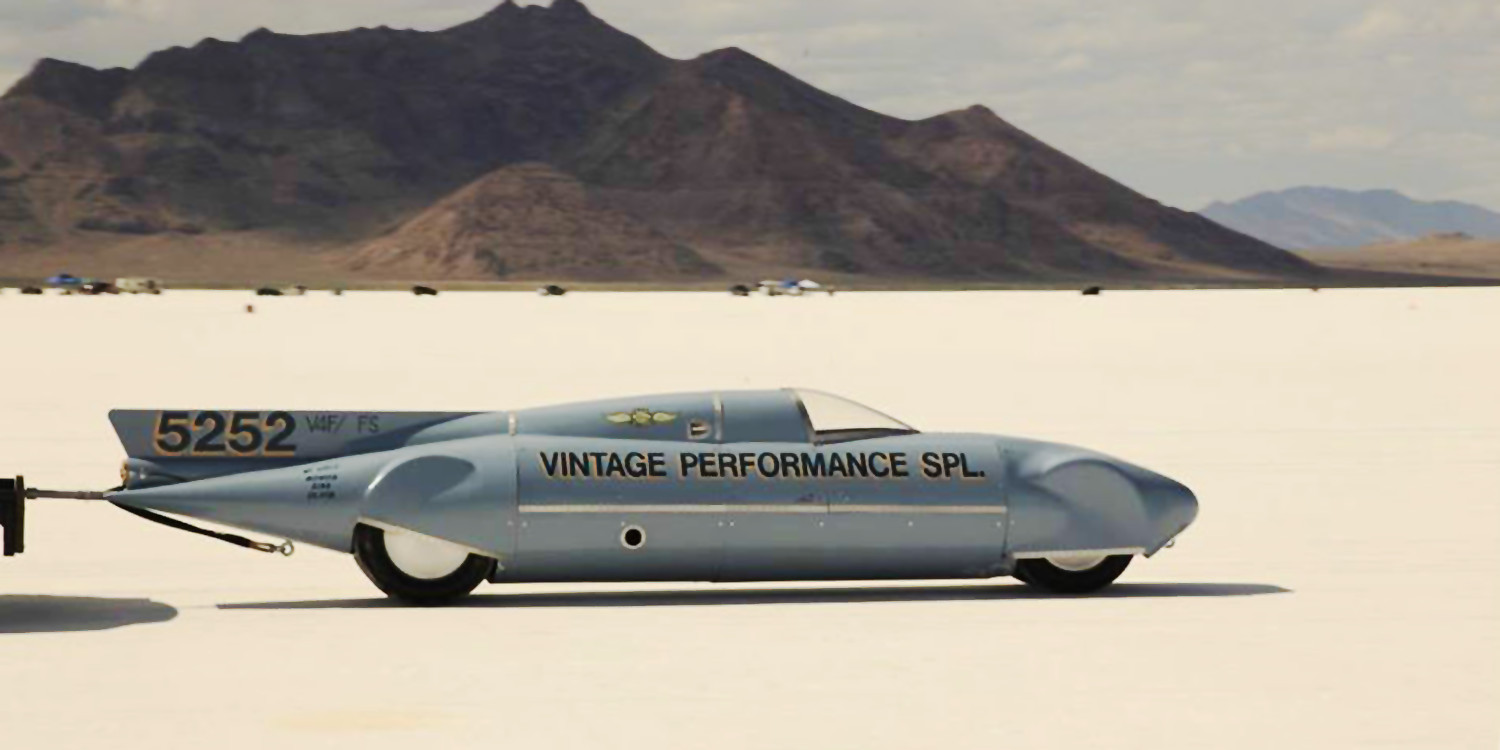 If you’ve ever seen old photographs or recordings of vintage bellytank racers blasting across a dried lake bed and felt a twinge of envy, we have good news; you could have one of your very own.

Up for sale on eBay right now is a Ford flathead V8-powered bellytank racer, with a top recorded speed of 191 mph, and all the requisite safety equipment, including seat belts, race tires, a fire-suppression system, and a parachute. The throwback bellytank racer is listed at $40,000 and currently resides in Castaic, California.

For the unacquainted, a bellytank racer is a car made from the “bellytank” – or auxiliary fuel tank – of a WWII era fighter plane. After the war, the excess of unneeded, aerodynamic bellytanks was dealt with in part by daring mechanics who would use them to build speed-chasing straight-line race cars. The one on eBay right now is the genuine article, made from pieces of one or more bellytanks, plus a few handmade panels.

Powering this bellytank racer is a 59A block Ford flathead V8, displacing 286 cubic-inches (4.7 liters). According to the seller, the antique Ford flathead has been fitted with billet heads, forged pistons, Carillo rods, Hillborn fuel injection, and a 671 supercharger, among other things.

Also installed: a nitrous system that has never been tested.

This vintage Ford flathead-powered bellytank racer has previously run at both El Mirage and Bonneville. A 20-foot trailer is included in the sale, making her ready to race once again…

Almost. The car currently has a fuel delivery problem that will need to be sorted first.