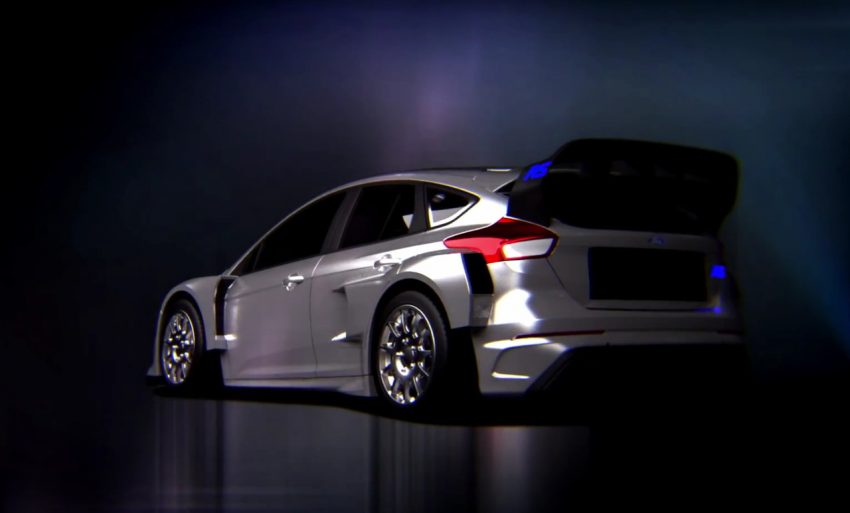 Remember that aggressively-styled “Ford Focus RS RX” teased at the end of Ken Block’s Gymkhana 8? We had wondered earlier in the week what, exactly, it was.

It turns out we didn’t have to wait especially long to find out; Ford has just announced that this Focus RS-derived racing car is to be run in the 2016 Global Rallycross Championship, with Ken Block’s Hoonigan Racing Division taking lead.

Two Ford Focus RS RX examples will be fielded this year, with full factory support from Ford Performance. The car itself was a collaborative project between Ford’s Performance division, Hoonigan Racing Division, and British racing outfit M-Sport, the latter of which was also largely involved in the Fiesta ST RX43 used in Gymkhana 8.

“I’m really happy to be expanding my relationship with Ford Performance,” said Ken Block. “To have official factory support for my race season in 2016 and beyond as I enter the FIA World Rallycross Championship full-time is absolutely incredible. It opens up a ton of powerful resources that myself and my team will be able to benefit from in terms of engineering prowess, research, development and racing experience from different fields.”

Of his new Ford Focus RS RX, Block remarked that he “absolutely cannot wait to get behind the wheel and start testing.”