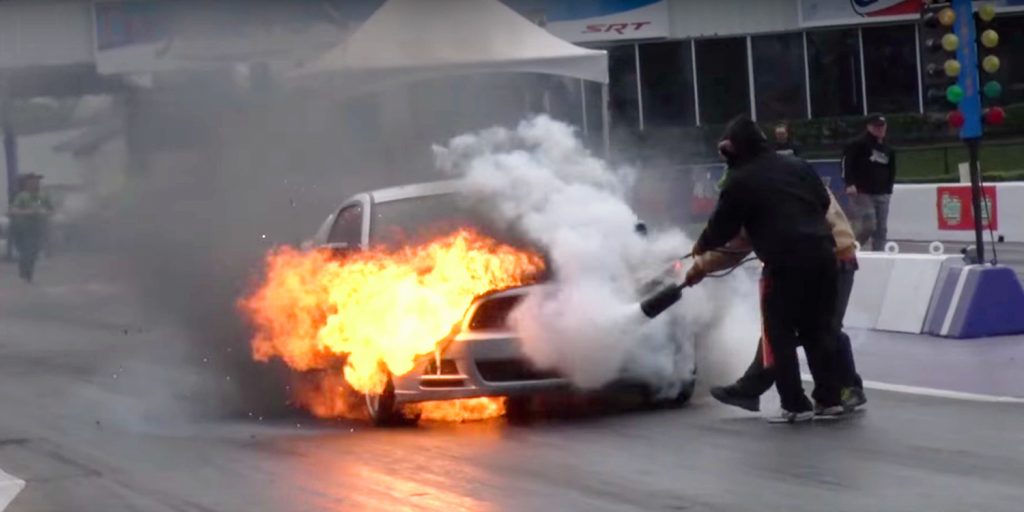 A modified fifth-generation Ford Mustang burst into flames earlier this month at the TX2K 2016 drag race event in Texas, apparently due to a ruptured nitrous oxide line, according to website GTspirit.

In the clip above, courtesy of 1320video, we see the Ford Mustang ready to make a pass when smoke starts to trail out behind it. Small flames start to lick out from underneath the hood, prompting a response from men with fire extinguishers. Before too long, however, the Ford Mustang’s entire engine bay erupts in flames, charring the engine, hood, fenders, and front bumper cover.

Eventually, a small fire truck arrives on the scene, and the drag racing S197 Ford Mustang is extinguished.

This video is an unfortunate reminder of the big risks associated with racing, and even car-modifying in general. While nitrous oxide itself is not flammable, it breaks down at just over 560°F, releasing its constituent Oxygen and Nitrogen. That sudden increase in available Oxygen increases the risk and severity of fires under the hood.