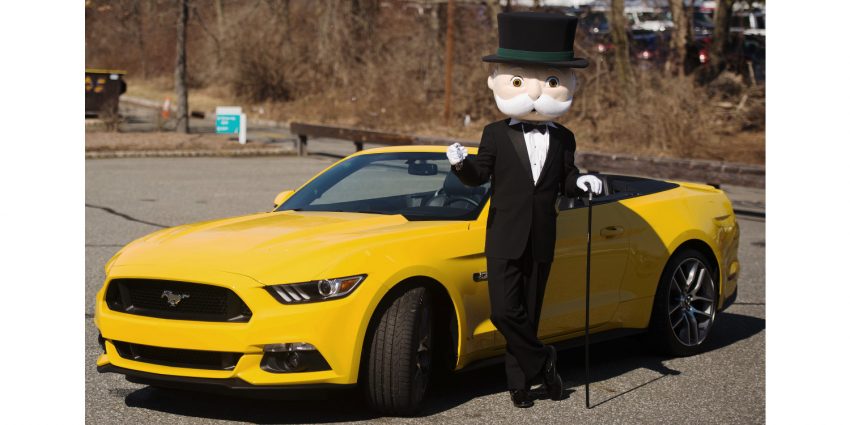 While much of the world’s top one percent of income earners roll around in Bentleys, Rolls-Royces, and the like, Mr. Monopoly isn’t so pretentious. He’s chosen a more humble, blue-collar hero car as his ride-of-choice: the Ford Mustang.

The latest edition of the Monopoly Empire board game has added a current-generation Ford Mustang playing token, shown below in its sparkly-gold game token finish. Ford’s iconic pony car was the best-selling sportscar in America last year, outselling the Chevrolet Camaro by nearly a 60% margin. Perhaps that’s why the S550 Ford Mustang is replacing Monopoly Empire’s last American automotive icon – the Chevrolet Corvette Stingray – as a playable figurine. The wise rich man needs no fancy trinkets. Just a bejeweled, gold-painted pony car will do.

Monopoly Empire is a twist on the classic Hasbro game where players buy companies rather than properties. For this latest edition of the game, Ford Motor Company has landed a desirable spot on the board, and can be purchased for $300k in Monopoly dollars.

We have no idea what the exchange rate is.