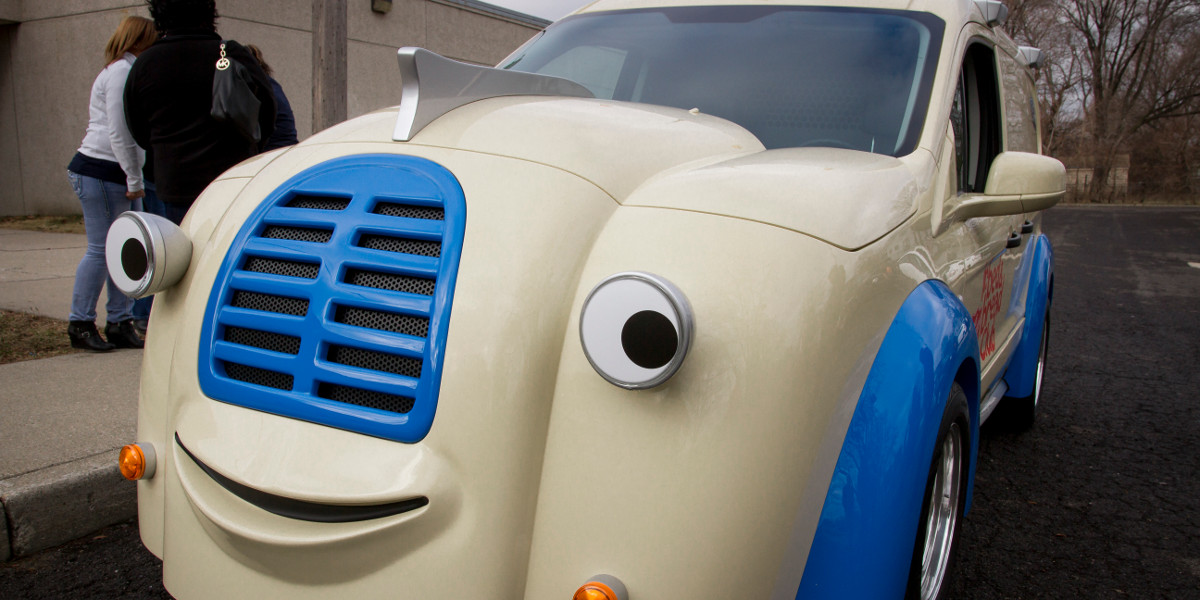 Harrison the Ford Transit Connect is modelled after a cartoon character originally created by former Detroit-area radio personality Dick Purtan and his daughter, Jackie. The vehicle will serve as a “Junior Bed & Bread Truck,” visiting area schools as an ambassador for The Salvation Army’s Bed & Bread program.

Bed & Bread provides food and shelter to the impoverished, serving nearly 1.8 million meals and sheltering more than 167,000 persons annually. “Harrison,” the Ford Transit Connect, was a joint effort between The Salvation Army and the Ford Motor Company Fund – the automaker’s philanthropic arm. The Junior Bed & Bread truck will help to educate children on the issue of hunger, giving them the chance to take part in a solution.