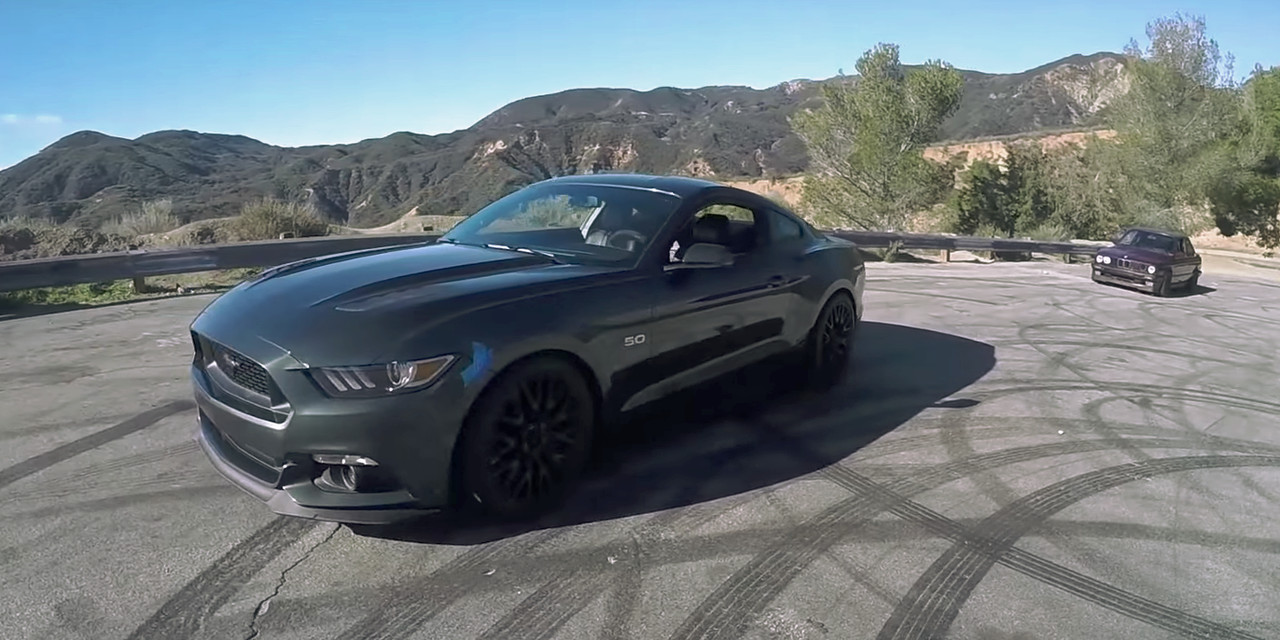 Recently, in the never-ending key party that is Matt Farah’s life, he had the opportunity to drive a 2015 Ford Mustang GT for The Smoking Tire – a smartly upgrade pony car belonging to a man named “Gary.”

Gary has modified his Ford Mustang GT with just about every bolt-on enhancement under the sun, leading Matt Farah to dub it the “full bolt-on” Mustang. The list of parts includes KW V3 coilovers, “a bunch of bushings,” Continental tires, a short-throw shifter, an intake kit with a 90mm BBK throttle body, aftermarket tune, and a cat-back exhaust kit. The effect is a Ford Mustang GT with all of its looseness ripped out by the roots, and a bit more “oomph” on tap.

Perhaps one of the more interesting modifications done by Gary was the removal of the factory clutch spring. It may not seem like such a big thing, but according to some – Matt Farah included – it gets rid of much of the pedal numbness that ships with the factory Ford Mustang GT.

To see Gary’s “full bolt-on” 2015 Ford Mustang GT in action as it blasts around some choice mountain roads, watch the video above, courtesy of The Smoking Tire.