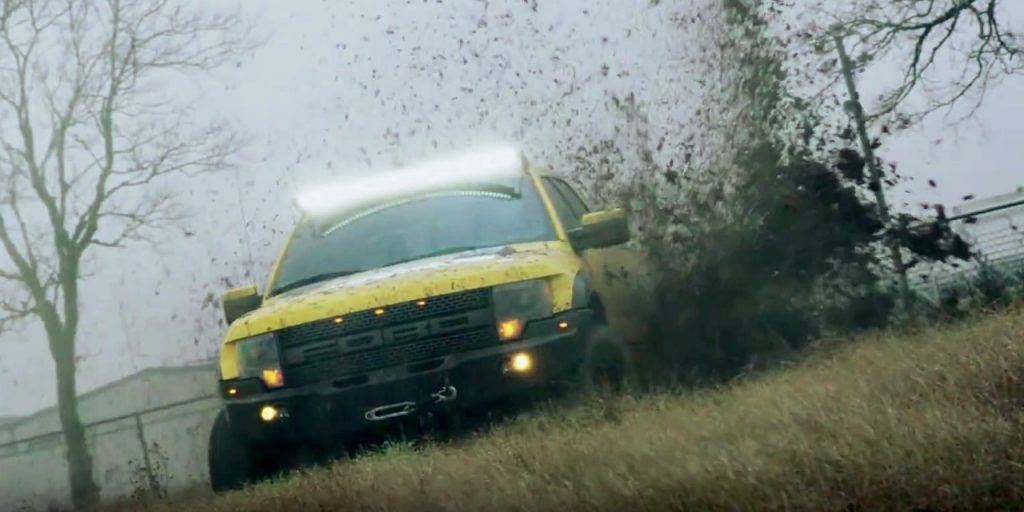 Fans of the BBC’s Top Gear will surely recognize this truck. It’s the very same bright-yellow Hennessey “VelociRaptor” F-150 as used in series 22, episode 6, when former host Richard Hammond is deposited in the middle of undeveloped British Columbia, and left for James May and Jeremy Clarkson to rescue in American pickup trucks.

This very VelociRaptor F-150 from Hennessey Performance Engineering is set to auction on April 8th at Barrett-Jackson’s Palm Beach, Florida event. Proceeds will benefit the Paralyzed Veterans of America – an organization committed to providing programs and services for those physically paralyzed while serving in the US Armed Forces.

The Hennessey VelociRaptor F-150 used in Top Gear is a Ford SVT Raptor underneath, powered by that truck’s 6.2-liter V8, but with a 2.9-liter supercharger boosting output to as much as 650 horsepower. Suspension, wheel, tire, and miscellaneous other upgrades were available as extras, although the SVT Raptor shipped from the factory with Fox Racing Shox and 35-inch BFGoodrich All-Terrain tires already.