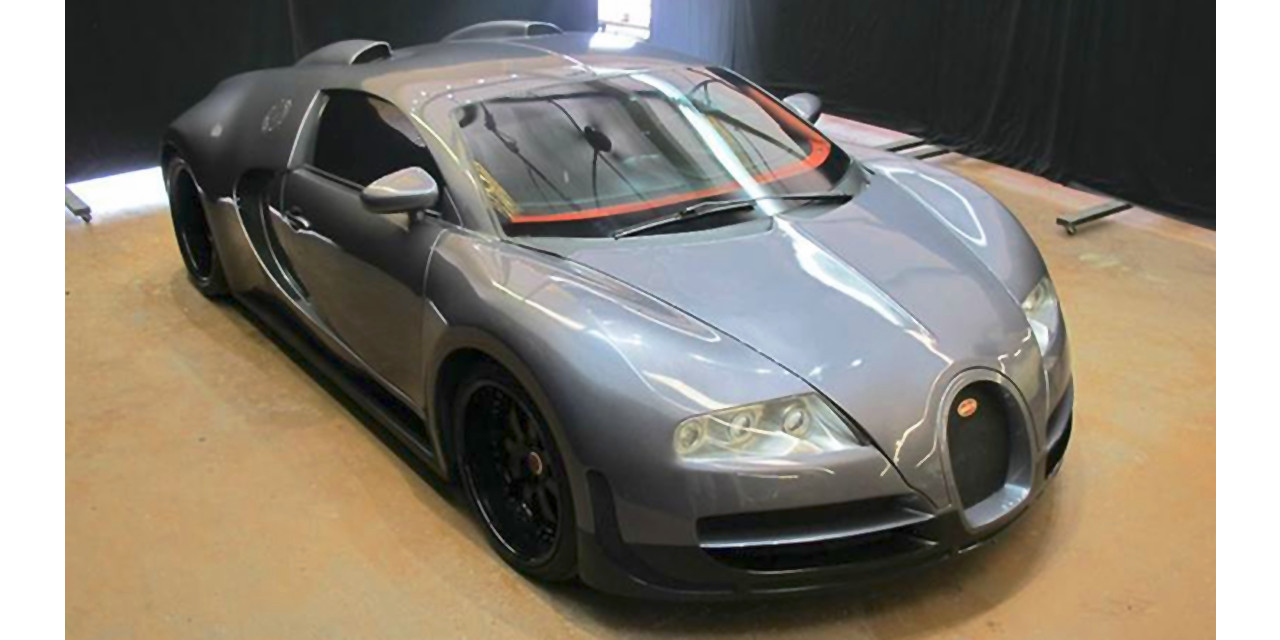 Ford’s 3.0-liter Duratec V6 is a good engine; make no mistake. It’s based on Porsche engineering, and as such, achieves decent enough power density that it was used in the Ford Mondeo ST220, and even the Noble M400 – albeit with a couple of turbos strapped on.

Yet despite its merits, the Duratec 30 is no match for the Bugatti Veyron’s quadruple-turbocharged 8.0-liter W16, in much the same way as a Cessna can’t quite measure up to an F/A-18 Hornet. So, would anyone in their right mind ever consider buying a Duratec-powered Bugatti Veyron, even if it were just about a thirtieth of the cost of the real thing? We’ll find out. A replica Bugatti Veyron – based on a 2001 Mercury Cougar chassis, with the Duratec V6 from a Sable – is up for grabs on eBay with an ambitious price tag of $59,900. The fiberglass, Veyron-ish body is a surprisingly faithful copy of the actual Bugatti hypercar, but being an eighth-generation Mercury Cougar underneath, the engine is mounted up front, driving just those wheels.

This Mercury Cougar-based Bugatti Veyron replica probably isn’t going to fool most people in-the-know, especially when it’s challenged to a drag race. But it might make for an interesting conversation piece regardless. For more images, or to put in an offer, be sure to check out the original eBay listing.

A Robocop Ford Taurus Police Car Replica Is On eBay