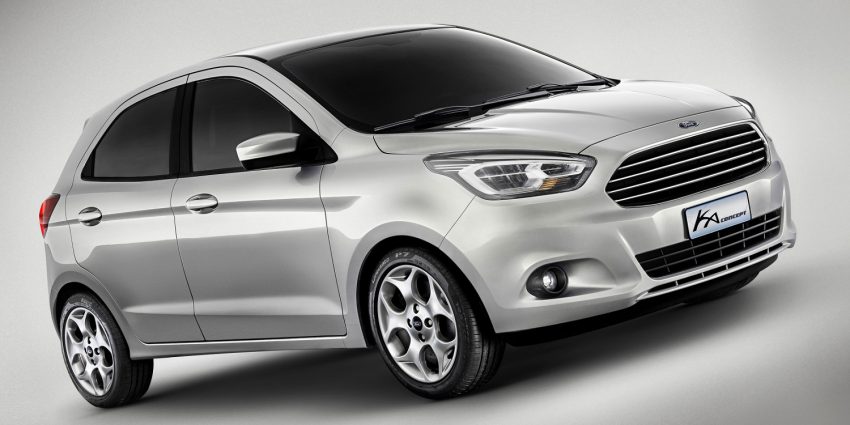 Ford Motor Company at the Geneva Motor Show announced that a small new B-segment car dubbed the “Ford Ka+” is soon to arrive in Europe. It will slot in below the similarly-sized Ford Fiesta subcompact.

The UK’s Autocar reports that the Ford Ka+ will be available in just one body style – likely as a 5-door hatchbak similar to the 2013 Ford Ka Concept pictured above – and will be priced from around £8000 in the UK. Its introduction “may not necessarily” mean the end for the existing 3-door Ford Ka.

With the forthcoming Ford Ka+, the automaker is hoping to meet demand in the growing small car segment with something more “value-focused” than the Fiesta. According to Ford, the European small car segment has more than doubled in the past two years. “A second B-car – which we don’t want to portray as merely cheap – allows us to focus more intelligently on what buyers require in this part of an explosively expanding class,” said Ford Europe CEO Jim Farley. “It’s a better way to serve the segment.”

Autocar offers that the most likely location for production is in Gujarat, India, which already produces the EcoSport crossover, itself riding on the same global B-car platform.