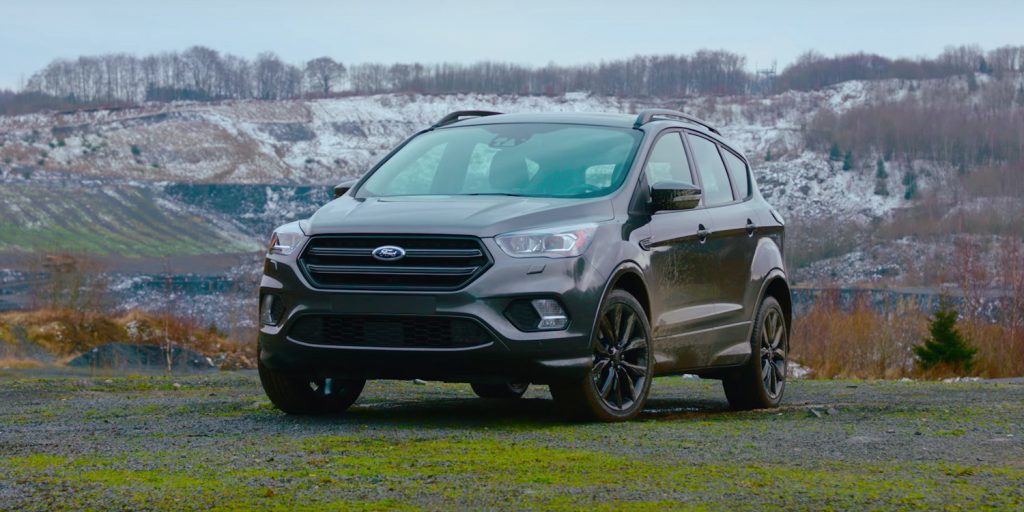 Like the Ford Escape in America, the Ford Kuga compact crossover is being revamped for the 2017 model year. It’s one of five new or significantly-refreshed offerings within the SUV and CUV segments that will arrive in Europe within the next three years.

Soon after first showing the new Ford Kuga at the 2016 Mobile World Congress in Spain, Ford Europe loaded the CUV onto a truck, and shipped it north-east to Switzerland, in time for it to be unveiled a second time at this year’s Geneva Motor Show. Now, in order to keep riding the wave of publicity, Ford Europe has released the above glamour video, in which the facelifted Ford Kuga rolls through only the finest handpicked rural backdrops.

Uninformative as the video might be, it does lend us a chance to see the new Ford Kuga (Escape) in motion. The principle focus of the redesign certainly seems to have been the front fascia, which sports a large, hexagonal upper grille in place of the old, narrow slit grille. The lower grille has been shortened accordingly, and the recesses for the foglamps have shrunken. Watching it stroll through myriad rural settings, it becomes apparent just how meaningful those seemingly minute tweaks have been; the crossover has presence now.

We’re not sure we could have said that about the outgoing model.

The 2017 Ford Kuga CUV goes on sale across Europe later this year. It will debut Ford’s latest SYNC 3 infotainment system, hands-free Perpendicular Parking, Adaptive Front Lighting, and with any luck, might help Ford Europe surpass its goal of selling 200,000 crossovers and SUVs in 2016.