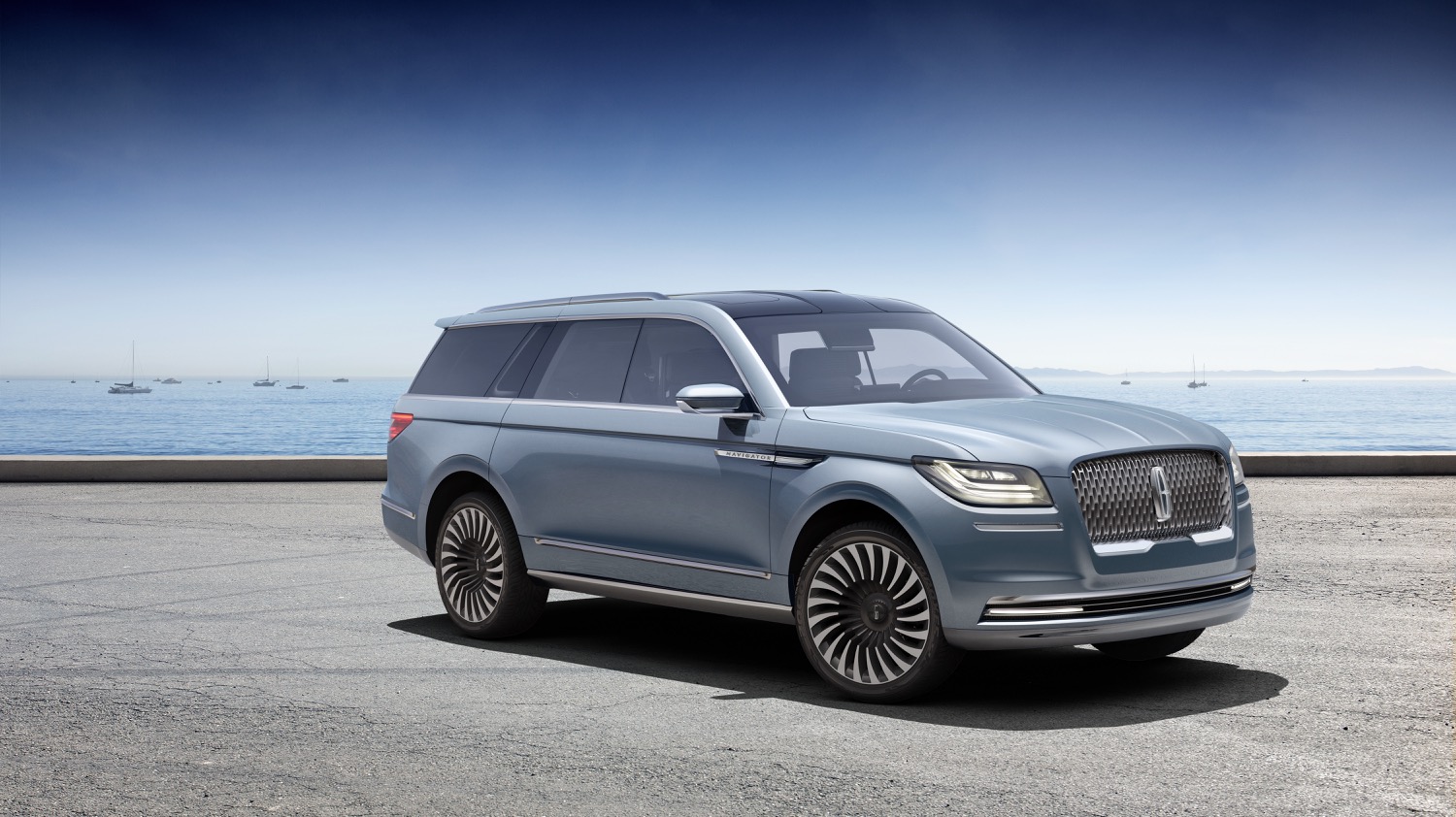 The design team at Lincoln Motor Company has been preoccupied with thoughts of luxury sailboats and yachts of late – a fixation which has culminated in this: the 2016 Lincoln Navigator Concept, shown late last night ahead of the New York International Auto Show.

Under the bonnet of the new Lincoln Navigator concept is the same 400 horsepower, twin-turbo 3.0-liter V6 which debuted in the 2017 Lincoln MKZ, and later made its way into the Continental, paired with an all-wheel drive system. The SUV boasts multiple driving modes, and active driver safety features like Pre-Collision Assist and Pedestrian Detection which, together, can lessen or even eliminate a great number of forward collisions. Lane-Keep Assist and a 360-degree camera are also included.

Of course, this is all purely academic; this Lincoln Navigator is purely a design study.

On that note, the luxury boat-inspired Lincoln Navigator concept sports a soothing Storm Blue paint hue, meant to “mimic the grays and blues of sea and sky,” according to the automaker. It does. Gull-wing doors are worn on both sides – doors with little hope of making it to production, but which command attention nonetheless. Automatically-deploying concertina steps lined with teak wood have just as little chance of making it onto the production vehicle.

The interior of the new Lincoln Navigator Concept is wrapped in light blue leather which recalls the Storm Blue color of the outside. Six, 30-way adjustable “Perfect Position” seats ensure that occupants can ride in maximum comfort. Large, high-resolution displays are embedded in the seat head restraints for the benefit of all rear-seat passengers, and Lincoln’s Revel audio system provides the soundtrack.

The Lincoln Navigator is due for a redesign next year, making this auto show concept especially prescient.

“The all-new Navigator Concept reinforces our commitment to give every Lincoln client what we call quiet luxury – vehicles and experiences that are elegant, effortlessly powerful and serene,” says Lincoln President Kumar Galhotra. “This kind of quiet luxury sets Lincoln apart. Now, we’re showing fans of large SUVs how we can exceed their expectations, without being the loudest statement on the road.”