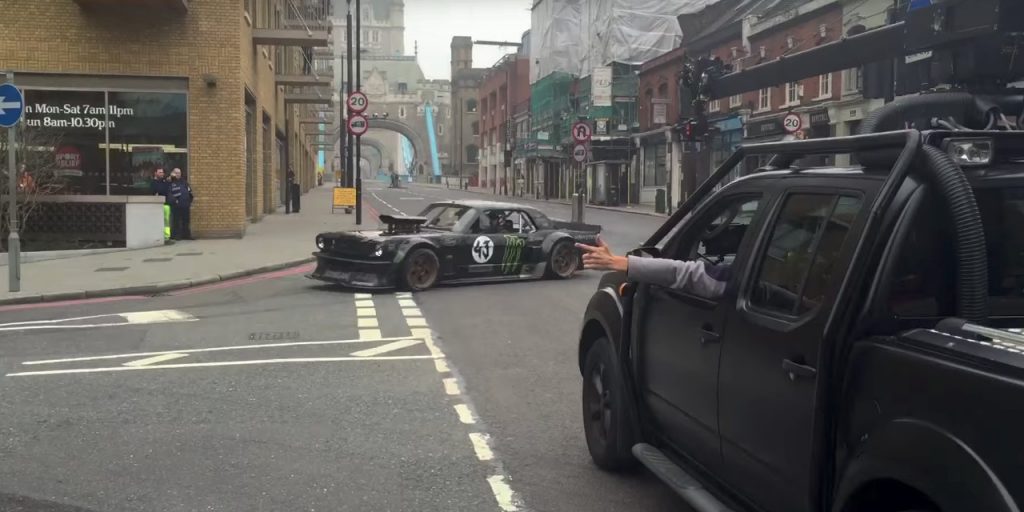 With Jeremy Clarkson, Richard Hammond, and James May at the helm, the BBC’s Top Gear was certainly known far and wide for stirring up controversy. There were allegations that Clarkson had used a racial slur in the taping of a segment about the Scion FR-S/Subaru BRZ, the infamous “Patagonia Special” in which the cast and crew were chased out of Argentina over Clarkson’s apparently irreverent number plate (“H982 FKL”), and of course, the “fracas” in which Mr. Clarkson verbally and physically assaulted a producer, leading to his firing from the program.

All of this takes us to the present day, with Top Gear‘s new staff, led by Chris Evans, still busy filming their first season. It hasn’t even aired, and yet already, there’s been a controversy.

As Jalopnik reports, host Matt LeBlanc and driver Ken Block were filming a segment wherein the latter drifts his 1965 Ford Mustang “Hoonicorn RTR” around the streets of London when they did some burnouts in front of The Cenotaph on Whitehall. The Cenotaph is the UK’s most significant national war memorial, erected after the end of World War I, and is considered sacred ground. Skid marks were left near a portion of the memorial honoring women’s contributions to war efforts.

Of course, with both Matt LeBlanc and Ken Block being American, there’s a possibility that neither fully understood the full significance of the location.

Chris Evans issued an apology on behalf of Top Gear, saying: “That footage will definitely not go on the air, no question about it.” He added: “We’re all mortified by it, so absolutely, 100% it should not be shown.”