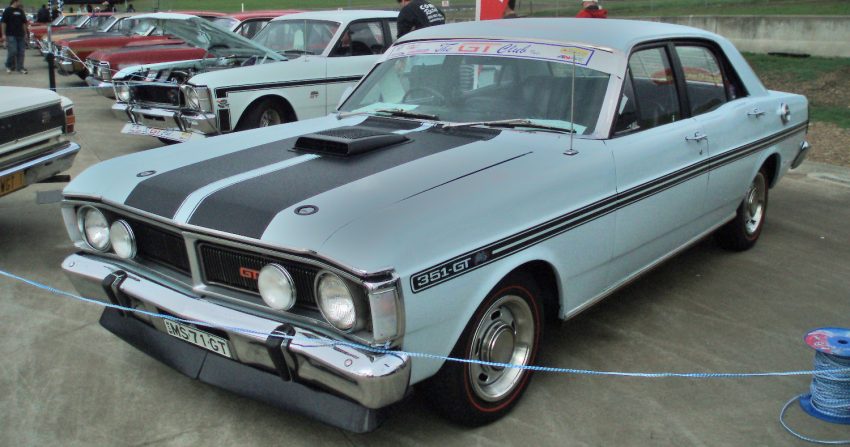 A tremendous injustice has been dealt in New Zealand, as Dunedin resident Donald John McLean lost his 1972 Ford Falcon GT for allegedly doing a burnout at an intersection.

Here’s what happened. According to New Zealand website Stuff.co.nz, McLean was stopped at a traffic light in Dunedin last year when the light turned green, and he accelerated through the intersection. The car spun its wheels, leaving rubber skid marks behind, at which point Mr. McLean was stopped and charged with “sustained loss of traction,” and sentenced to 70 hours of community service, as well as the loss of his license for a year.

His car – one of 750 Ford Falcon GT examples built in 1972, and perhaps one of 200 left in existence – was also ordered confiscated. That’s despite McLean’s insistence that the loss of traction was unintentional, being brought on by the car’s high power output and nonprogressive “button clutch.” Donald John McLean appealed his conviction to no avail; the rare 1972 Ford Falcon GT was sold at auction last February for $60,200.

McLean said he was “gutted” over the decision. “[The car] was taken and sold for an alleged black mark left at the lights under acceleration… How would you feel?” He also remarked that the Ford Falcon GT was going to be a “family heirloom to my baby boys.”

Mr. McLean owes $60,000 to a family trust for the car. The High Court decision in this case said that the costs of storage and sale would be deducted from the money brought in by the auction, and the remainder would cover any security interests. “If no security interest is held over the car then, subject to deduction of Mr McLean’s fines and relevant court costs and levies, the balance would be paid to him,” it said.

Watch This Electric Mustang Do A Burnout: Video