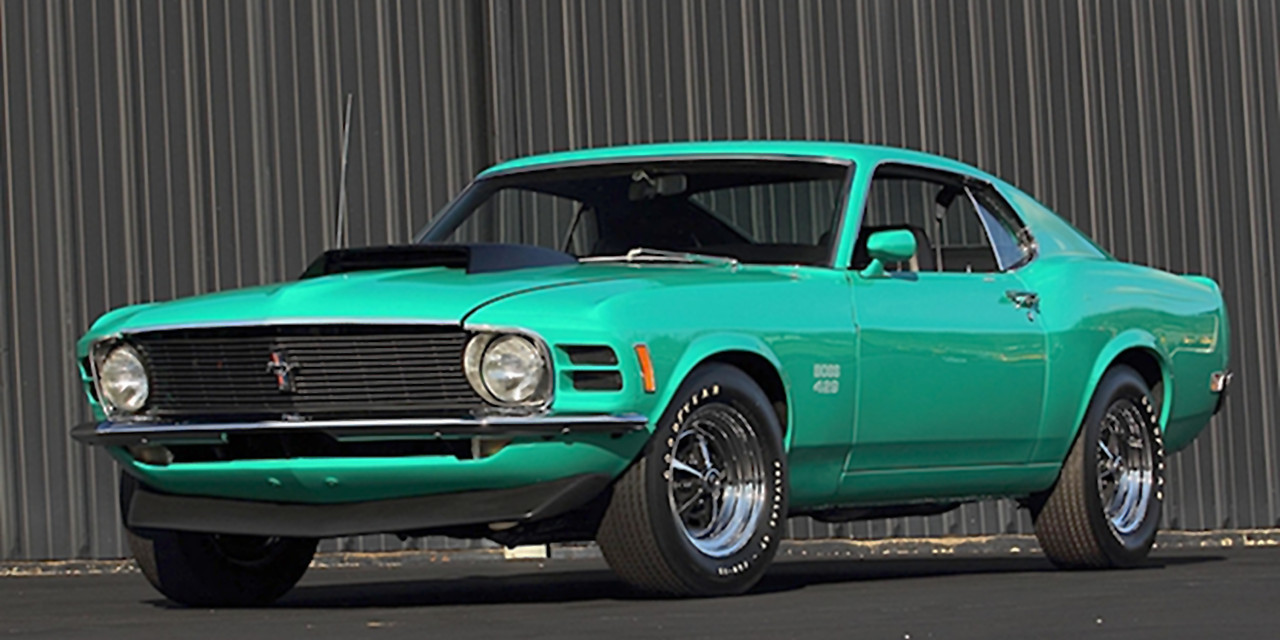 A 1970 Ford Mustang Boss 429 – itself a rare car in any hue or trim – will be sold at auction at a Mecum event in Houston, Texas next month, finished in the second-rarest color available for 1970: “Grabber Green.”

The car’s 429 cubic-inch V8, factory-rated at 375 horsepower, wears the original Semi-Hemi aluminum heads, and the engine is coupled to a close-ratio 4-speed manual and Drag Pack 3.91:1 “Traction-Lok” rear. Like all Boss 429s, the car is equipped with a competition suspension, power brakes, and power steering. The example crossing the auction block in April was also originally ordered with a Black decor group interior, and a convenience group package, with a Philco AM radio, “rim blow” steering wheel, deluxe seat belts, etc.

Both the interior and the sheet metal are reportedly “mostly original.”

To view a full gallery of high-quality images, be sure to check out the original listing at the Mecum Auctions website.