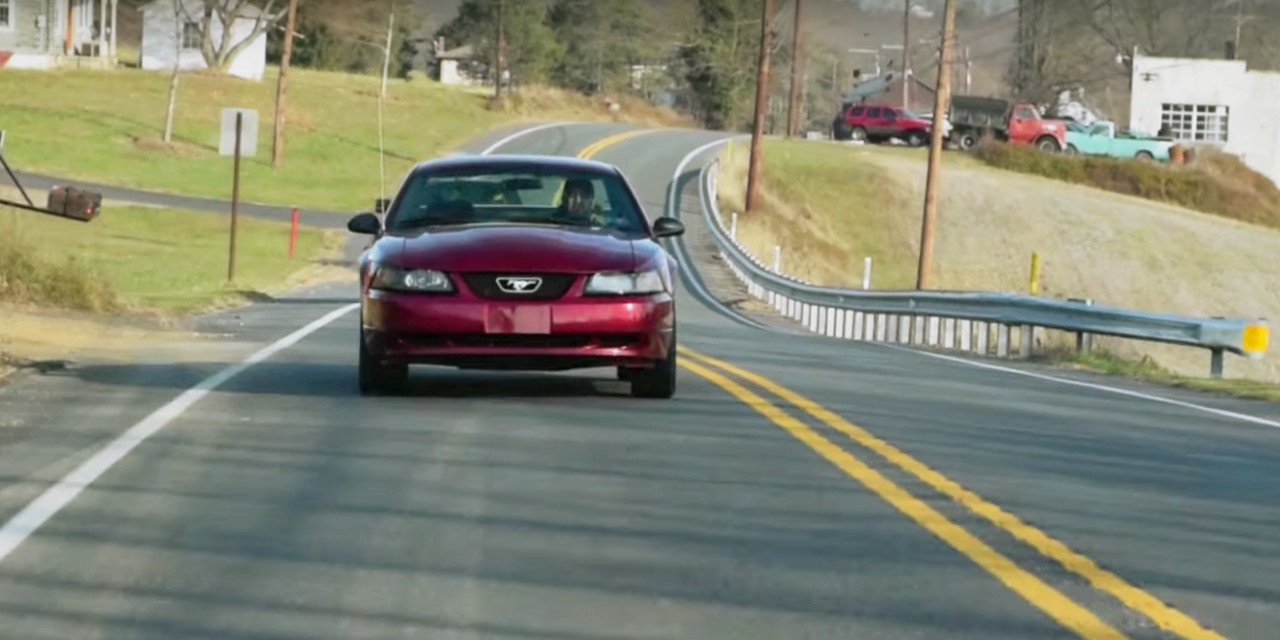 The latest video review form Regular Car Reviews just posted earlier this week, and its subject comes as a bit of a surprise: a 2004 Ford Mustang SN95, but more specifically, one with the base V6 engine and an automatic transmission.

This edition of Regular Car Reviews is narrated entirely by Mr. Regular Car’s oft-silent colleague Roman, owing to the fact that the Ford Mustang being covered happens to be Roman’s personal car. That conflict of interest might well render the commentary biased, but on the other hand, the piece contains some novel, insightful remarks about the automatic- and V6-equipped Ford Mustang SN95 – a car which would otherwise command the barest minimum of attention from any moderately serious journalist.

“Popular perception states that when you get a Mustang, you somehow have to apologize for having gotten it,” Roman says, “Because I guess they’re easy to rip on? But what car isn’t easy to pick apart if you dedicate your time to the picking?”

In truth, he says, the 3.8-liter V6 engine in this 2004 Ford Mustang Auto is “deceptively vigorous,” producing 193 horsepower from the factory, along with 225 lb-ft of torque. Handling is reportedly decent enough, too, although how that’s possible with a solid-rear axle and such a front-heavy weight bias is beyond us.

Be sure to catch Roman’s full thoughts on the SN95 Ford Mustang V6 Auto in the video above.