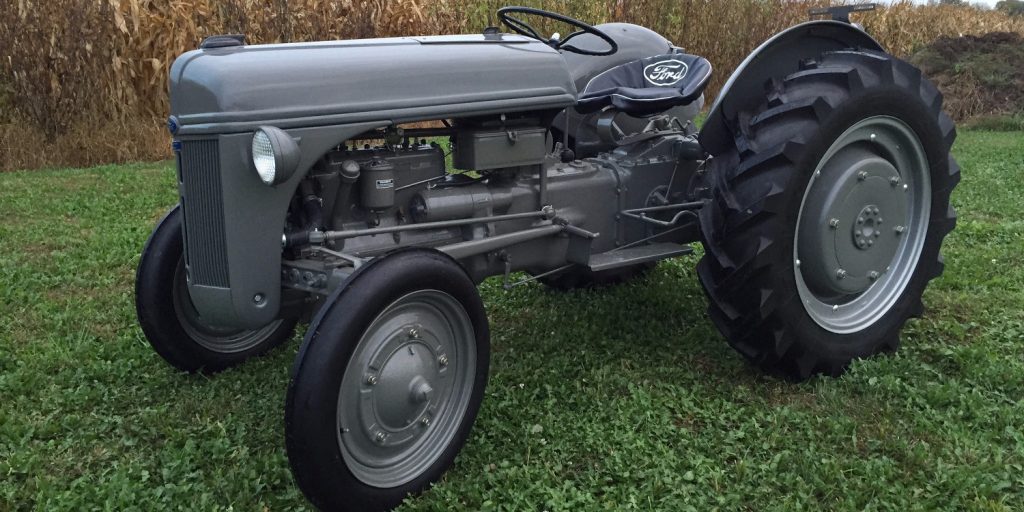 A fully-restored 1944 Ford 2N tractor failed to sell at auction on website Bring A Trailer this week, after falling short of the modest $6,100 reserve.

This 1944 Ford 2N underwent a thorough, nut-and-bolt restoration at the hands of vintage tractor re-manufacturer N-Complete. It was refinished in its original dark gray shade – the only color available – on not only the bodywork, but nearly every exposed mechanical component, as well. According to Bring A Trailer, the Ford 2N was the automaker’s second and final tractor designed with the participation of Harry Ferguson, whose hydraulic three-point hitch system is implemented at the rear.

So effective was the hitch system that its basic design is still in-use to this day.

The Ford 2N is powered by a 120 cubic-inch (2.0-liter) side-valve inline-4 with less than 5 hours of run time since its rebuild, feeding through a three-speed manual transmission. Apart from being an undeniably sleek, fashionable vintage tractor, it bears remembering that while modern tractors become ever-more complex and difficult for even the adept backyard mechanic, this 1944 Ford 2N is constituted of comparatively simple mechanicals.

As for finding the right parts, N-Complete’s online parts store has you covered there, as well.