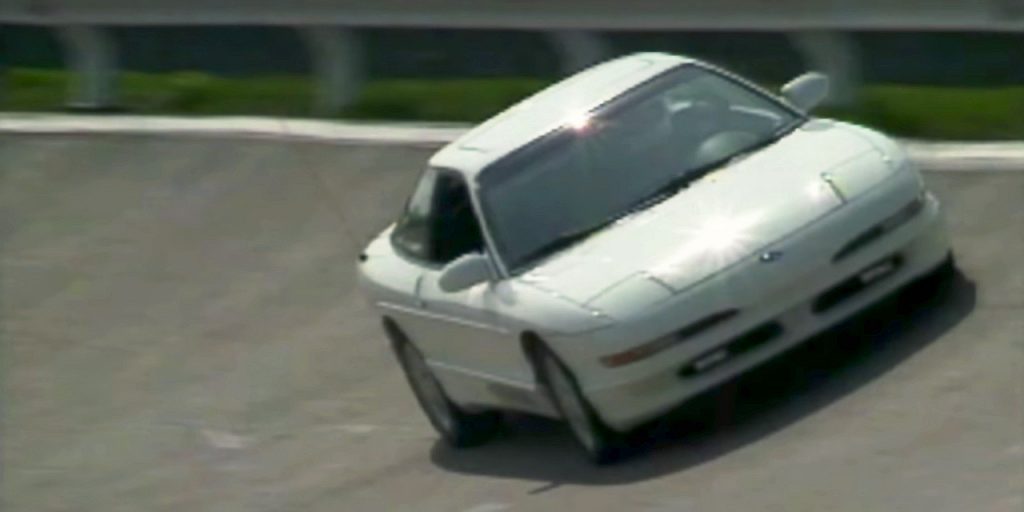 When the front-wheel drive Ford Probe sports coupe was first penned and introduced in the late 1980s, it was considered as a replacement for the long-reigning king of Ford sports coupes: the Mustang.

Suffice it to say Mustang fans were less than pleased to learn of this, and would have none of it, leaving the Ford Probe to carve out its own niche.

In that regard, the Ford Probe was moderately successful – at least enough to survive from 1989 until its redesign for 1993, and several years past. This MotorWeek ‘Retro Review’ picks up there: just after the Probe’s update in the early 1990s, and despite the sports coupe’s unconventional front-wheel drive layout, John H. Davis finds only nice things to say.

Starting in 1993, the Ford Probe was available in just two trim levels: base, and GT. (The “SE” trim level wouldn’t make a return until 1995.) Powering the base car was a 2.0-liter inline-four engine (118HP), while the GT was treated to a 2.5-liter V6 (164HP); both had dual overhead cams. That sort of output wouldn’t cut it in many of today’s sports coupes, but for the time, it wasn’t bad.

Of course, the Ford Probe’s real competency was in the handling department. The car was built on a Mazda platform, and by the time this second iteration of the car had rolled around, it had lost more than 100 pounds. Watch the MotorWeek review, and you’ll find far less evidence of body roll than you might expect, even when cornering at high speeds. The Probe did understeer some, as front-wheel drive cars are prone to do, but it earned high marks from the press nonetheless.

Want to reminisce more still on the 1993 Ford Probe? Be sure to watch the review above.