If you happen to recall the custom 1965 Ford Mustang “SPLITR” build by Ringbrothers at last year’s SEMA aftermarket show, you might be happy to know that the hand-built carbon fiber hood from that car is now being produced for sale.

The Ringbrothers carbon fiber hood can be installed on 1965 or ’66 model year Ford Mustangs, and features a prominent, central hood scoop to lend the recipient pony car an instant air of performance. A honeycomb core made from heat- and flame-resistant Nomex® fibers, and smartly-placed aluminum hard points, make for durable construction, giving buyers the option of drilling the hood for hinges and a latch.

Additional options for the Ringbrothers carbon fiber Ford Mustang hood include custom intake/turn indicator bezels and LED indicator lights. The lights are offered mostly to benefit the driver, although one can hardly deny that they add a certain je ne sais quois to the overall appearance.

This hand-built carbon fiber Mustang hood from Ringbrothers is for sale at the company’s website, starting at $3,200 – or $1,750 for a fiberglass rendition. Check out Ringbrothers.com for more. 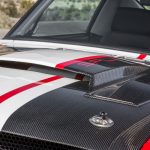 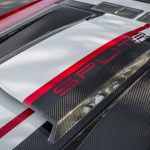 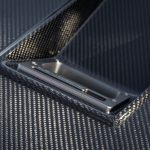 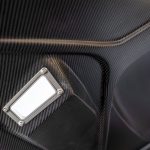 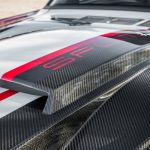