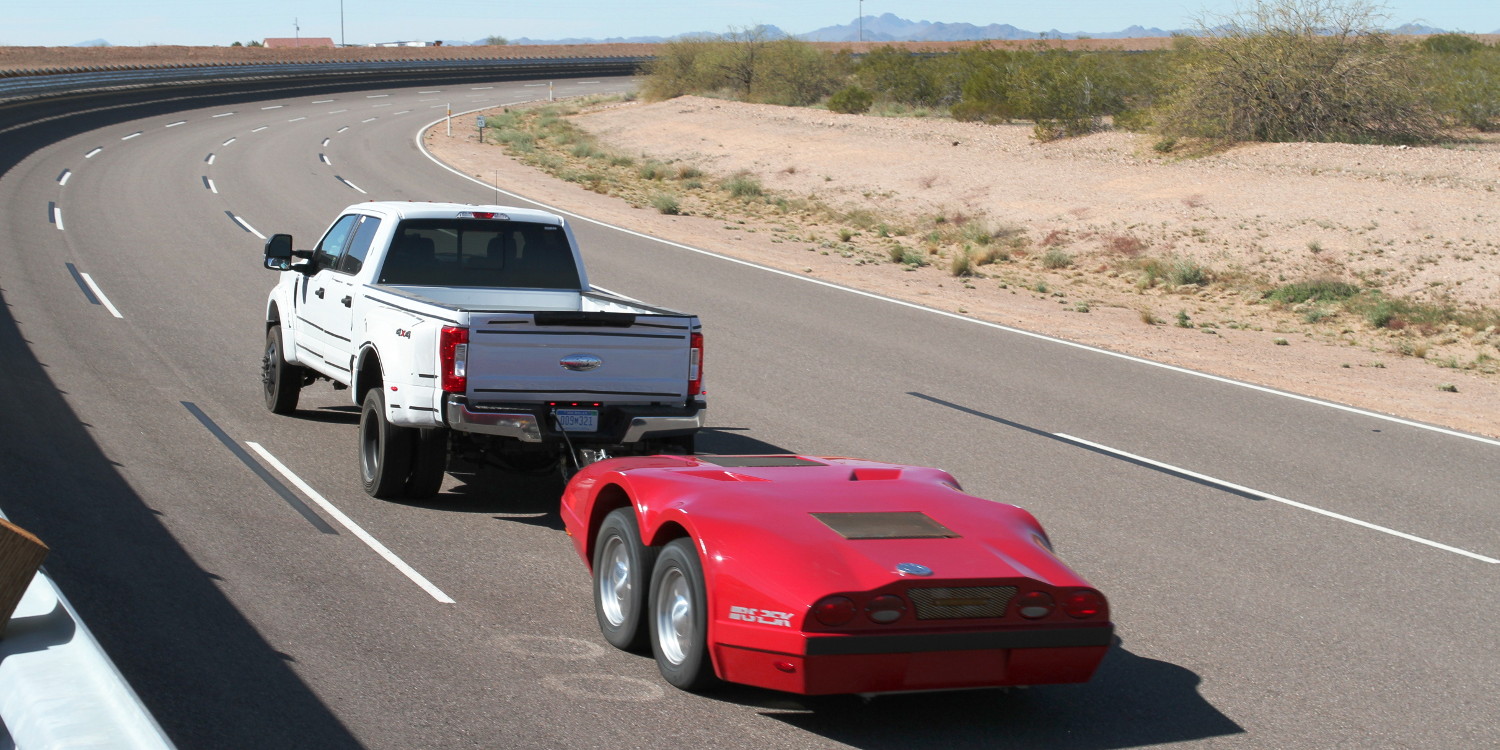 When it came time to test the new 2017 Ford Super Duty line of trucks, Ford resorted to a standard tool of the trade for simulating steep mountain inclines: a dynamometer sled.

A dynamometer sled is essentially a wheeled trailer that is towed behind a vehicle, which uses magnetic braking force to increase load on the towing vehicle. The increased load approximates that caused by driving up a steep hill grade. When it came to the Ford Super Duty, however, engineers quickly found that the truck was too powerful to be effectively challenged by the old-style dyno sled, which could generate up to 2,000 pounds of braking force, and Ford had to source a more powerful one.

So they did, ending up with a unit with a max of 5,620 pounds of braking force – a 181 percent increase. With it, the Ford Super Duty could be put subjected to simulated inclines up to a 30 percent grade, versus just 7 percent with the old unit.

“The new Super Duty is really impressive,” says Ford Product Development Engineer Jim Sumner. “In more than 25 years of doing this work, we used the same dyno, which did the job, but the new truck is so powerful we needed new equipment to test out its capability.

“The fact that even under full load, Super Duty didn’t have any trouble at all is a testament to just how capable this new truck is.”