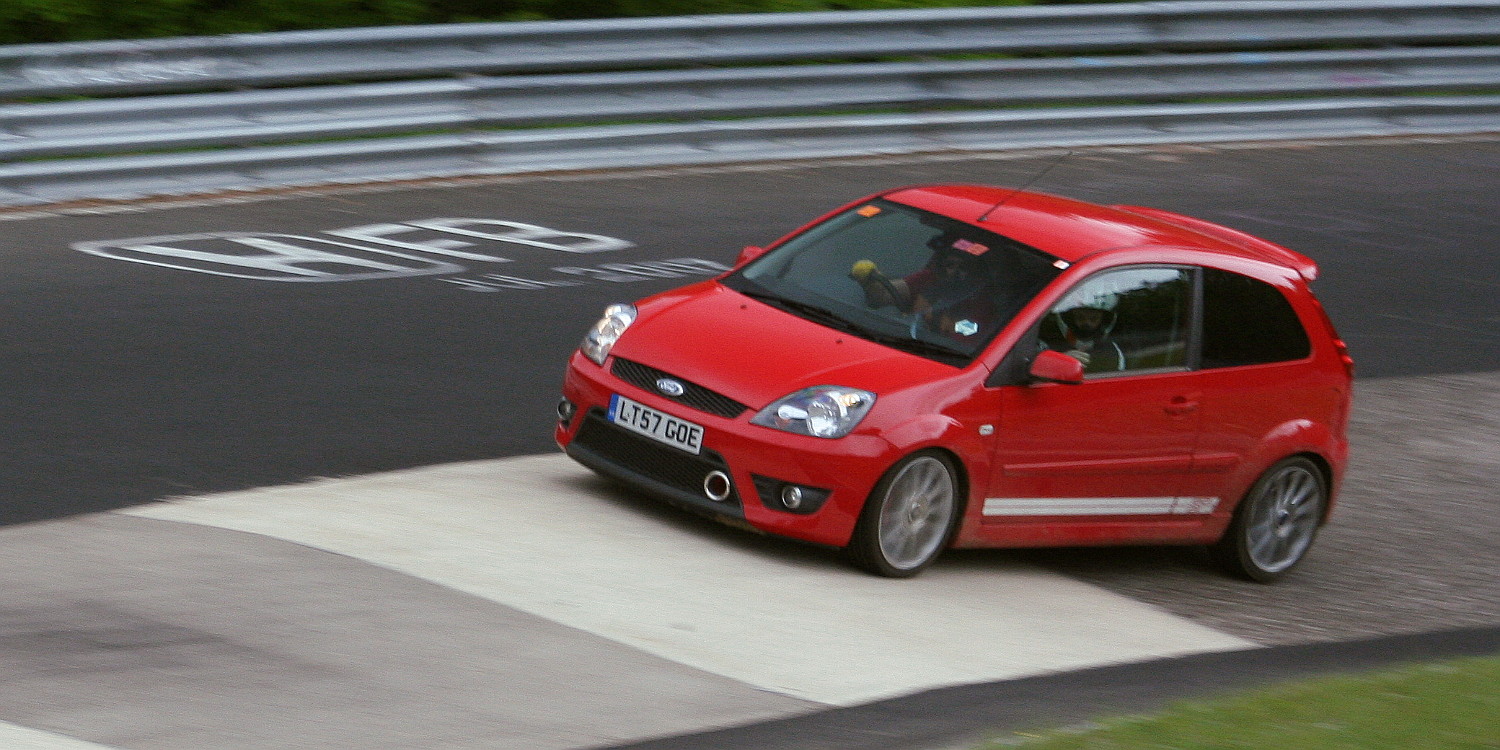 In honor of the recently-revealed, forthcoming Ford Fiesta ST200, Ford Motor Company extended an irresistible offer to the staff of Top Gear Magazine, saying essentially “come to our Heritage Center in Essex, and drive our previous go-fast Ford Fiesta models.”

The life of a journalist is a difficult one.

Top Gear took Ford up on the offer, driving four different sporty Ford Fiesta editions to their hearts’ content. They then published their thoughts for anyone to read. (Check out their musings on the Top Gear website.)

Top Gear’s tour through history began with the 1989 Ford Fiesta Mark II XR2 – a small, simple hatchback with no power steering, propelled by a 96 horsepower, 1.6-liter “CVH” four-cylinder. After that came a 1993 Ford Fiesta Mark III XR2i, which picked up about an extra 200cc of displacement and added fuel-injection, but only 9 additional horsepower (thanks to emissions regulations). Like the XR2 before it, this hot-hatch had good old manual steering, although Top Gear notes that steering feel isn’t quite as satisfying.

And then, there’s the 2006 Ford Fiesta ST – the first Fiesta model to wear the “ST” badge, and the last with a normally-aspirated engine. The motor displaced 2.0 liters in this model, producing 148 horsepower – not a lot, but certainly enough to get the pint-sized hot-hatch moving.

Finally, Top Gear ended their back-to-back drive through history with the 2016 Ford Fiesta ST. Its turbocharged four-cylinder produces 182 horsepower, and the manual transmission finally gained an extra forward gear, for a total of six. The car has been lauded by the automotive press as a lively, fun hot-hatch with thrills to match those offered by far more powerful competitors.

Both the gearbox and the engine have been revamped in the new Ford Fiesta ST200, of course – a model which will most likely stay Europe-exclusive. Initial media drives of this latest Fiesta hot-hatch should take place in a few months.