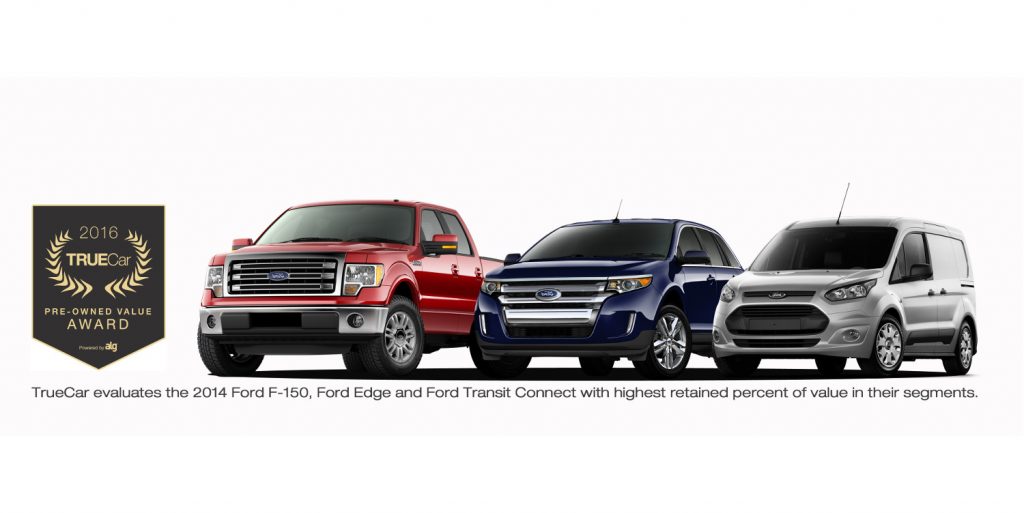 According to analysis by TrueCar’s analytics division ALG, three Ford models will retain the highest percentage of their values on the resale market this year. Those models are the 2014 Ford F-150 full-size pickup, Ford Edge mid-size SUV, and Ford Transit Connect compact panel van.

Each of these three Ford models has received a “Pre-Owned Value Award” from TrueCar – a new award attributed to vehicles with the highest expected value retention in a given segment. Winners are determined by an analysis of used vehicle performance, brand outlook, and vehicle competitiveness. The F-150 won in the full-size pickup truck category, the Edge won among mid-size utility vehicles with second-row seating, and the Transit Connect won in the mid-size commercial vehicle space.

What this all means is that, according to TrueCar’s best estimates, the 2014 Ford F-150, Edge, and Transit Connect should enjoy lower depreciation on the used market this year than competitors from the same segments. At least in the case of America’s best-selling vehicle for 34 consecutive years – the F-150 – the Pre-Owned Value Award should come as no surprise.