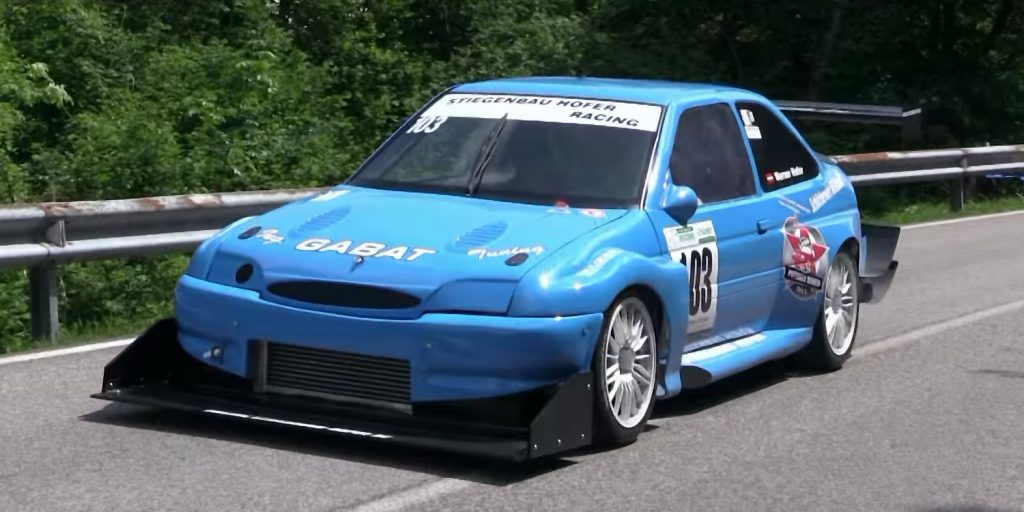 Hillclimbing is one of the oldest motorsports in the world, where drivers battle the clock as they ascend an uphill course. The sport favors cars that perform well at rallying and rallycross – cars like the Ford Escort RS Cosworth.

This particular Ford Escort RS Cosworth belongs to the Stiegenbau Hofer Racing Team of Austria; an amateur racing team founded in 2003. The car’s stock turbocharged 2.0-liter engine has been bored out to 2.3 liters, and tuned by Austria’s Gabat Tuning. According to the team’s official Facebook page, it’s currently pushing out around 800 horsepower and about 590 lb-ft of torque; the video description leads us to believe that at the time this video was taken, power output was a more modest 600HP or so.

Aerodynamically, it’s been modified with a massive front splitter and rear wing, and rear canards. The distinctive stock “whale tail” rear spoiler has been removed.

Be sure to watch the full video above to get a sense of just how epically formidable this Ford Escort RS Cosworth really is.