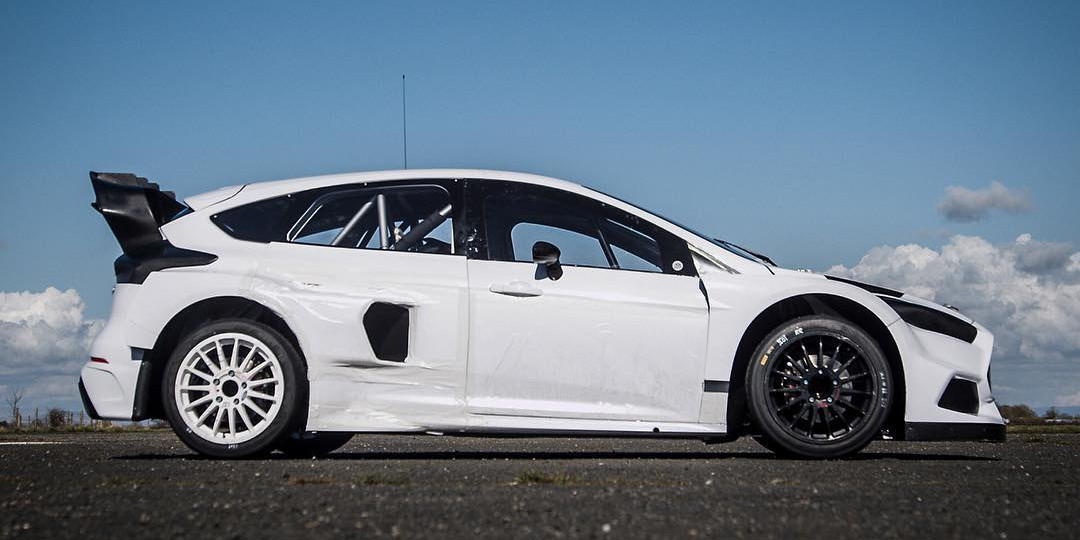 Making its competition debut this coming weekend at the Bompiso World Rallycross of Portugal is Hoonigan Racing Division’s much-hyped Ford Focus RS RX, first introduced to the world as a series of computer-generated clips at the end of Ken Block’s Gymkhana 8 video.

Ahead of the new Focus RS RX’s inaugural rallycross event, let’s take a closer look at what we know about the car, shall we?

It seems that drivers Ken Block and Andreas Bakkerud have been hard at work helping develop the Focus RS RX for competition lately, leaving a digital trail of photos and brief video clips on Instagram for us to snack on ahead of its performance this weekend. The car is based on the new production Focus RS, but with a seam-welded, reinforced chassis, and a custom body designed by Ford Performance and M-Sport. In place of the road car’s 2.3-liter EcoBoost is a smaller 2.0-liter unit fed by a Garrett turbocharger, churning out a behemoth 600 horsepower and 665 lb-ft of torque.

Things got a bit heated on the track today. Braking-related things. Ha. Did some durability testing with the Ford Focus RS RX, it passed with glowing rotors. #hotdiscs #FordRallyX #FocusRSRX A photo posted by Ken Block (@kblock43) on Apr 5, 2016 at 2:46pm PDT

Hoonigan Racing Division will run two examples of the Ford Focus RS RX in the FIA World Rallycross Championship, with Ford factory support. The car essentially replaces the Fiesta ST RX43, although 2016 will be Ken Block’s first full season competing in FIA World Rallycross; his only prior experience in the series was in two events during the 2014 season.

Be sure to tune in to the Bompiso World Rallycross of Portugal this weekend to see Hoonigan’s new Ford Focus RS RX off to its auspicious start.