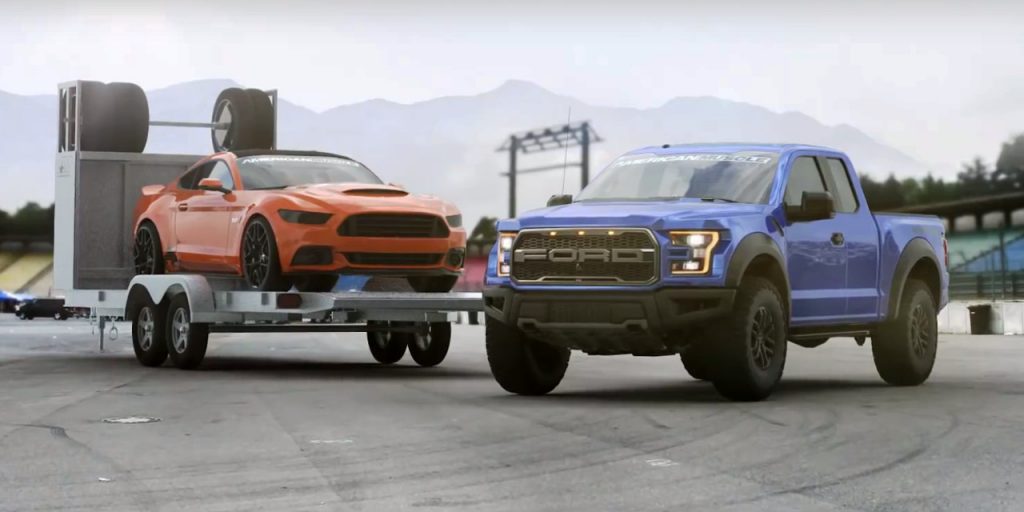 Online Ford Mustang and F-150 parts vendor American Muscle is celebrating its tenth anniversary in the very best way: by giving away a new 2017 Ford F-150 Raptor, a supercharged, 850+ horsepower Ford Mustang GT, and a custom racing trailer to one lucky fan.

Interested? We thought you might be. Enter now to win at the American Muscle website. You can even head back to the site to submit a new entry every week.

The Ford Mustang GT being given away as part of this sweepstakes is rocking more than $30,000 in modifications, including a Whipple supercharger, a full performance exhaust setup, suspension components, and a full MMD styling package. With it comes a custom aluminum racing trailer, loaded with a full tool set and wheels shod in racing slicks, capable of towing your new, supercharged pony to the track. Finally, to do the hauling, American Muscle is including the all-new, 2017 Ford F-150 Raptor – “the baddest tow rig of all-time.”

With Fox Racing Shox, a 3.5-liter EcoBoost V6 capable of a rumored 450 horsepower or more, and an advanced all-wheel drive system, you might just as well leave the Ford Mustang at home and take the Raptor out in search of some trails.

We figure the total value of everything included in American Muscle’s tenth anniversary sweepstakes is likely in excess of $100,000, plus smiles. Lots and lots of smiles.