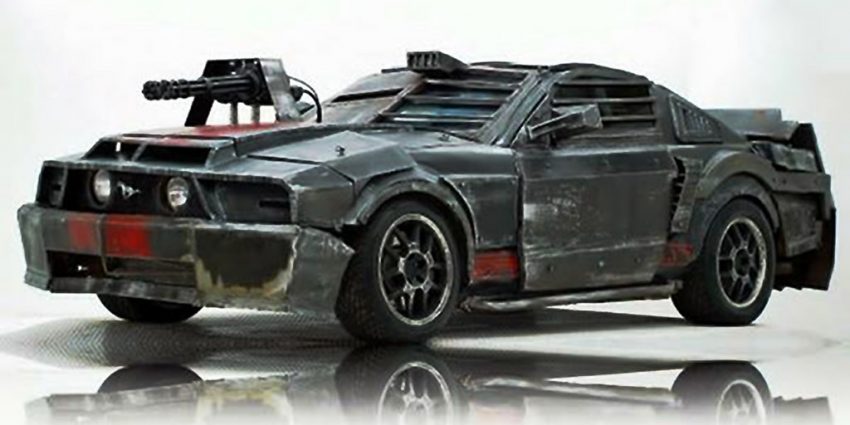 If you said “Jason Statham,” you’re close, but not quite right. The correct answer is the car pictured above: one of six 2006 Ford Mustang GT examples used to film Death Race, a 2008 film starring Jason Statham. Unlike the actor, the Mustang he drove on the silver screen went on to film two direct-to-video prequels: Death Race 2, and Death Race 3.

Complete with its original fake armor plating and hood-mounted prop machine guns, this Death Race Mustang GT is up for sale on Craigslist, out of Springfield, Missouri. The seller says that it’s the only one out of the six Mustang GTs built for filming to have been used in all three Death Race films and survive. It comes with a certificate of authenticity.

Frankly, we’ve no idea what good owning this car would do; cruising around with even non-functioning, fake machine guns on the hood is sure to attract Johnny Law – or worse, the US Military. But of course, we won’t tell you how to spend your money.

See the original Craigslist post for more photos and info.