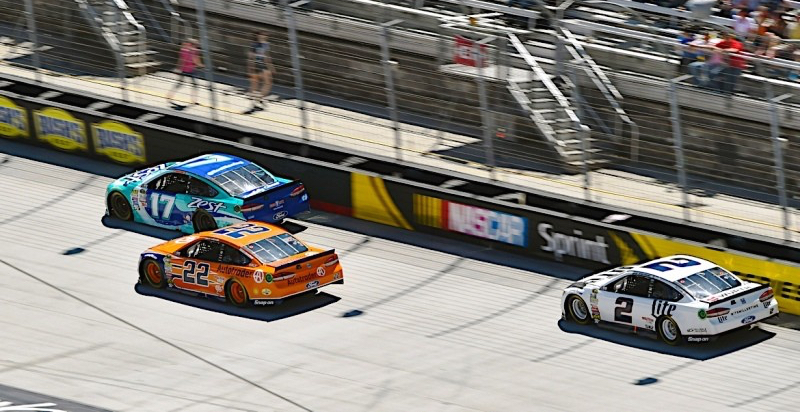 Trevor Bayne was the top finishing Ford Performance driver in the Food City 500 at Bristol Sunday, posting a fifth place result ahead of fellow Ford driver Joey Logano in tenth. The day’s big winner, however, was Joe Gibbs Racing’s Carl Edwards, who led 276 laps on his way to a dominant win at the iconic Tennessee short track.

Bayne’s finish was his first top-five of the season. It didn’t look as though the Roush-Fenway racing driver would finish strongly, however, after he was penalized for a pit-road violation. His luck was representative of the Ford drivers in the field Sunday, with many falling victim to minor wrecks or penalties.

Richard Petty Motorsport’s Aric Almirola ran into the back of Dale Earnhardt Jr. on a restart as the Chevrolet driver’s car lost power, forcing Almirola back to 17th. Penske’s Logano was penalized after his pit crew let a tire loose, while Keselowski received nose damage in a chain reaction incident with Kyle Busch and Chris Buescher. Ricky Stenhouse also spun and hit the wall.

With 84 laps to go Logano had recovered well and was sitting fifth for a restart, but lost power when he went to apply the throttle and fell back to 15th before finishing 10th. Keselowski couldn’t recover and turned up 18th, while Stenhouse wound up 16th. Wood Brothers’ Ryan Blaney turned in a strong performance, running inside the top 5 all day and finishing 11th.

The NASCAR Sprint Cup Series heads to Richmond next for the Toyota Owners 400 on April 24th. Click here for full results from Bristol and here for a schedule of next weekend’s NASCAR festivities.