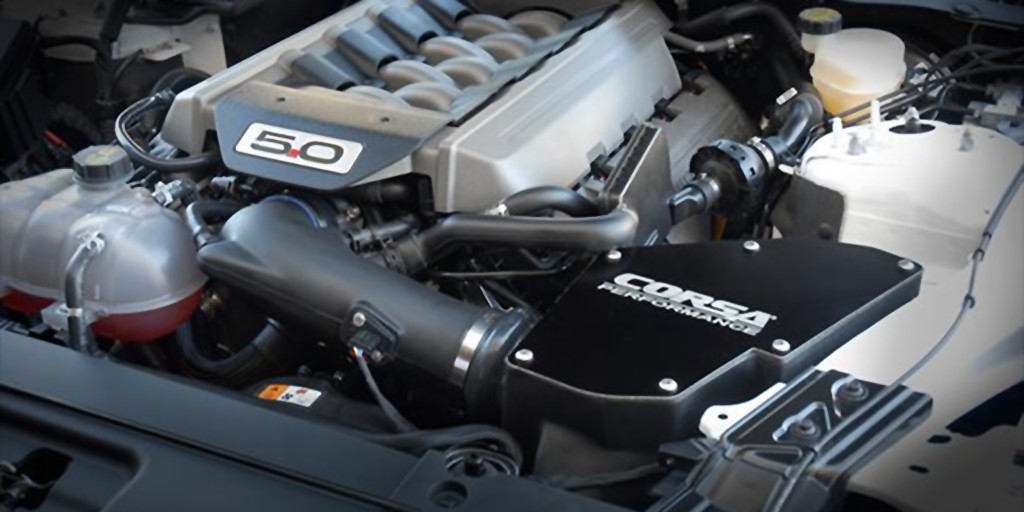 As even the most novice performance enthusiast knows, one of the simplest, safest ways of increasing power output from the engine in his or her sportscar is an aftermarket intake kit.

The theoretical benefits can be twofold. First, factory intake plumbing often restricts the maximum amount of possible airflow into the engine, limiting how much intake charge is present for combustion. A well-designed intake can improve on this overall flow-rate. Second, if the aftermarket intake being considered is a “cold air intake” design, which more effectively isolates it from hot air under the hood, the engine might benefit due to a decline in the overall temperature of the intake charge. Colder air is denser air, after all.

Ford Mustang owners now have a new option on the market: Corsa Performance earlier announced the introduction of a line of high-flow “closed box” intake kits for the S550 Ford Mustang. Available at $357 from the Corsa website, these revised intake kits are available for each of the Ford Mustang’s current engine options: the 2.3-liter EcoBoost I4, 3.7-liter V6, and 5.0-liter Coyote V8.

According to Corsa, the company’s cool air intake kits “are uniquely engineered to decrease air temperatures, and increase the volume of cold air entering the engine increasing horsepower, torque, and overall engine performance.” It’s unknown how much extra “oomph” can be expected from any of the Ford Mustang’s available powerplants; hopefully, dyno charts will become available in the near future. 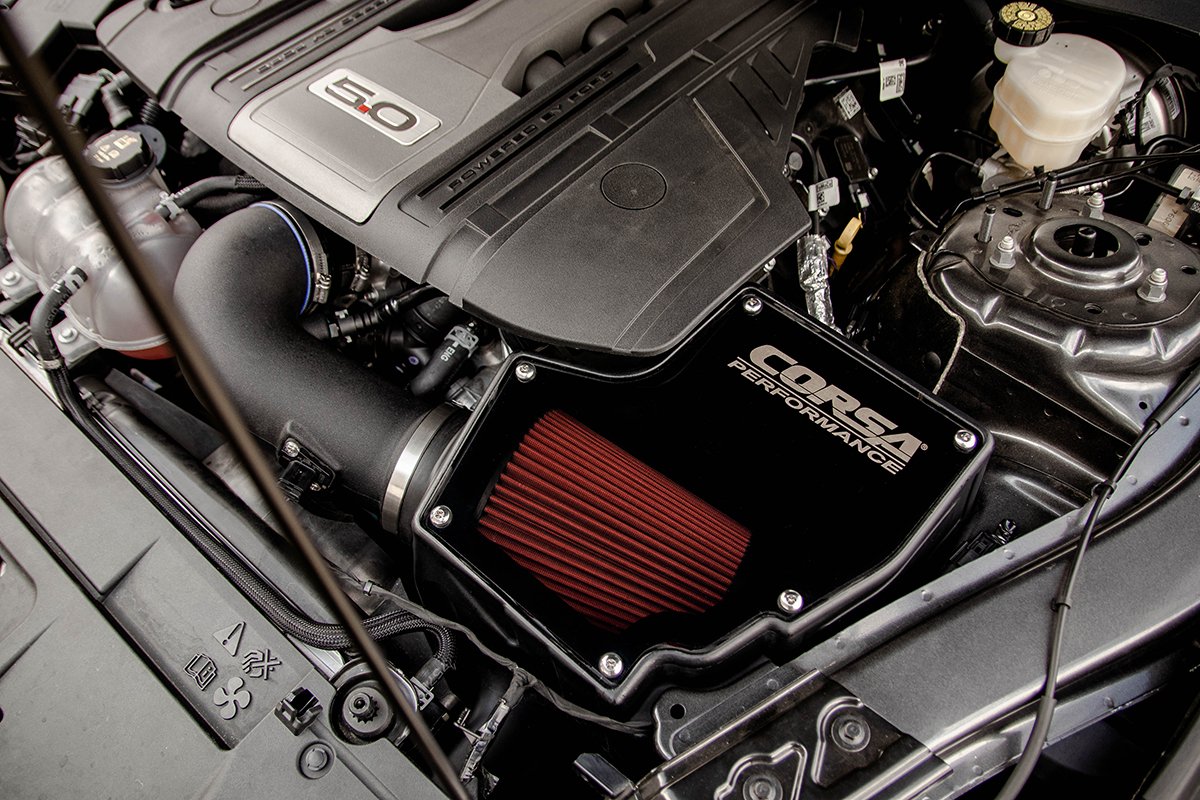