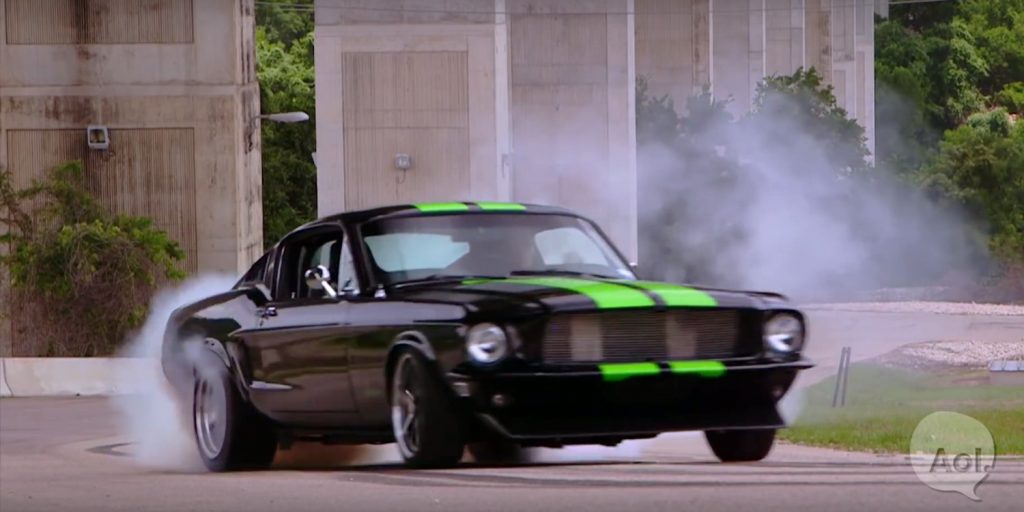 Last year, the Texas Mile record for fastest electric street car was shattered by the most unlikely of contenders: a 1968 Ford Mustang.

Dubbed the “Zombie 222” by owner/creator Mitch Medford, this classic Ford Mustang fastback is anything but ordinary underneath. It’s powered by two electric motors which, together, produce 800 horsepower and some 1,800 lb-ft of torque. The sprint from 0 to 60 mph takes less than 2 seconds, and when it ran at the Texas Mile last year, it achieved a trap speed of 174.2 miles per hour, making it quite possibly the fastest Ford Mustang of that body style in the world.

In the video above, Jonathon Buckley of Autoblog’s Translogic flies out to Austin, Texas to drive the Zombie 222 Ford Mustang and experience the electrified pony car’s performance for himself. He also sits down for a chat with Mr. Medford, who divulges that the cost of such a conversion on an original body-style Ford Mustang is $125,000 – a real bargain given the unfathomable superpowers that the Zombie treatment endows upon the recipient fastback.

Note: range will drop, to approximately 50 miles on a full charge.