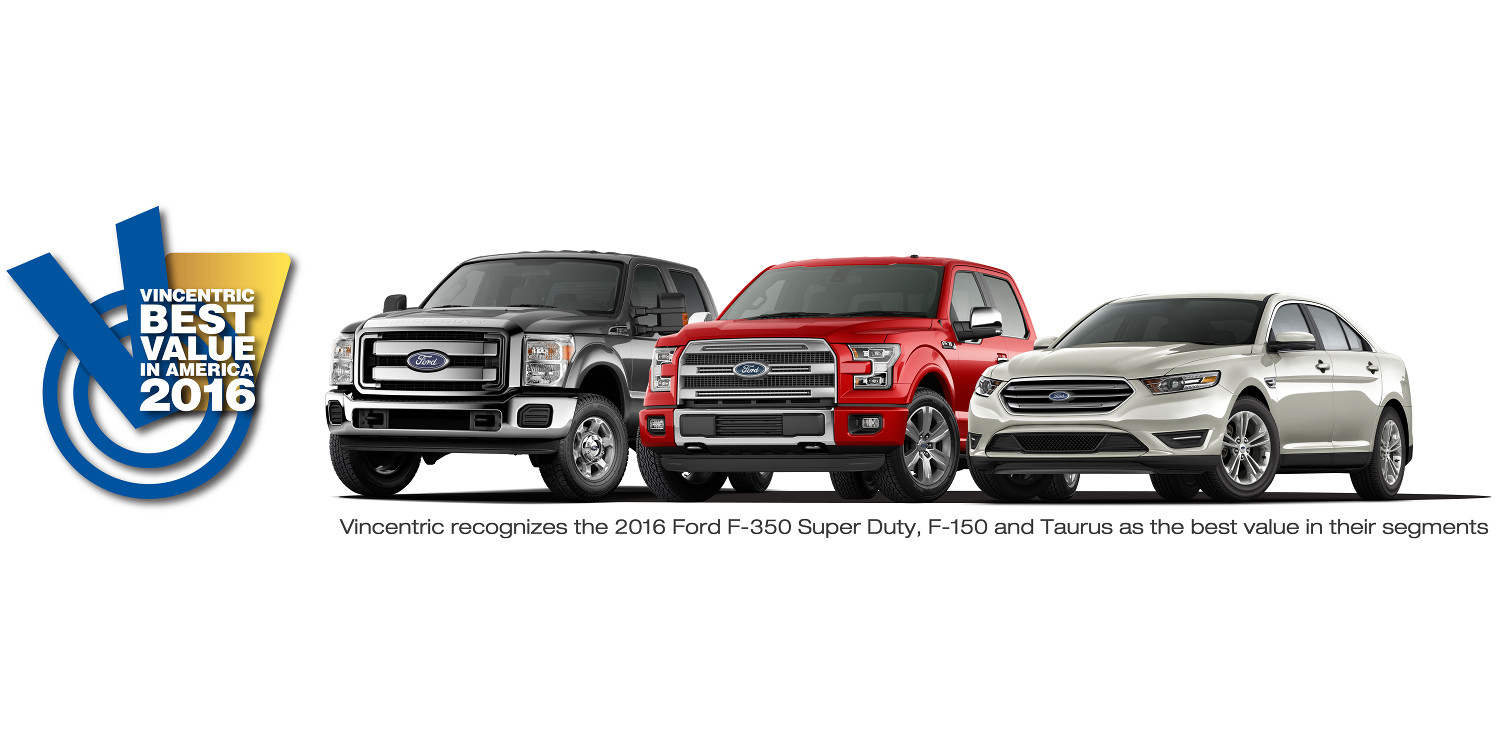 The Ford F-350 Super Duty is also a five-time winner in the full-size, full-ton space, having been awarded “Best Value in America” by Vincentric from 2005 through 2007, and again in 2010.

Finally, the Ford Taurus has been awarded for its value in the large sedan segment. The 2016 model starts at just over $27,000, and sports a standard 3.5-liter V6 with a choice of two EcoBoost engines available as alternatives: a 2.0-liter I4, and a high-output 3.5-liter V6 (exclusive to the SHO model).

Vincentric specializes in analyzing the lifecycle cost of ownership of vehicles, and its annual “Best Value” awards are based on statistical analysis incorporating total cost of ownership and current market price.