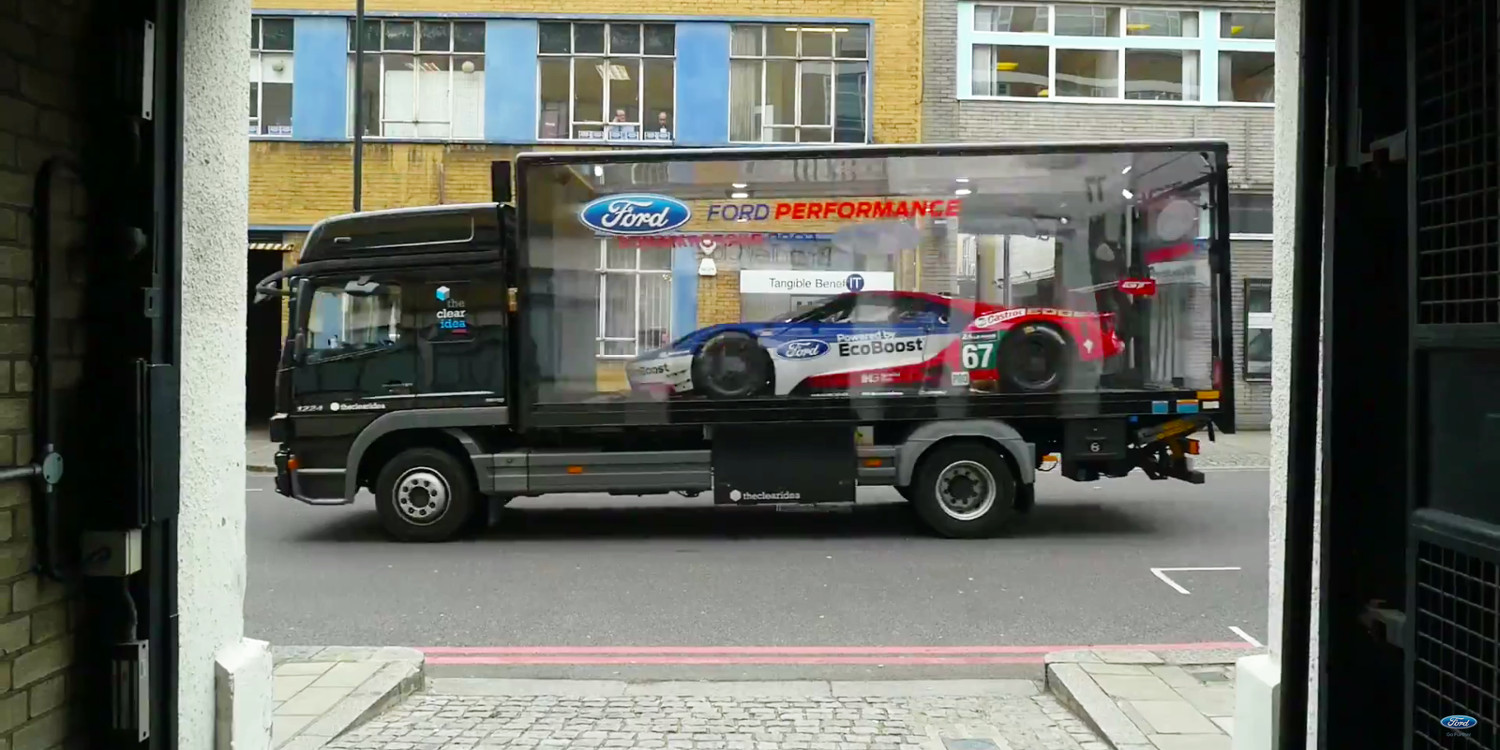 Ford is getting some essential practice in before this weekend’s 6 Hours of Silverstone – the first race of the 2016 FIA World Endurance Championship season, at which two Ford GT race cars will be fielded.

Ford recreated the Silverstone Circuit roughly out of public London roads, and drove what must be the slowest-ever lap with the Ford GT race car… on the back of a truck… in dense London traffic. From start to finish, it took the Ford GT 2 hours and 20 minutes to complete just one time around.

For reference, we figure the average human could walk the 3.7-mile circuit in about an hour and ten.

Okay, so maybe Ford and Chip Ganassi Racing didn’t gain much experience from this little exercise. But it can’t hurt; when the Ford GT takes to the grid at Silverstone this weekend, it will be the automaker’s first Endurance Championship race in many years. So far, the car’s performance in the IMSA WeatherTech SportsCar Championship hasn’t lived up to expectations, with its two entries placing 7th and 9th in-class at the 24 Hours of Daytona, and 5th and 8th in-class at the 12 Hours of Sebring.

The Ford GT’s lackluster performance at Daytona can be chalked up to teething issues, including transmission, electronics, and braking system faults. At Sebring, the Ford GT’s placement was more to do with inclimate weather.

Most important of all, the Ford GT is returning to the 24 Hours of Le Mans this year, commemorating the 60th anniversary of its landmark 1966 win. We hope the race car can get up to snuff in time.