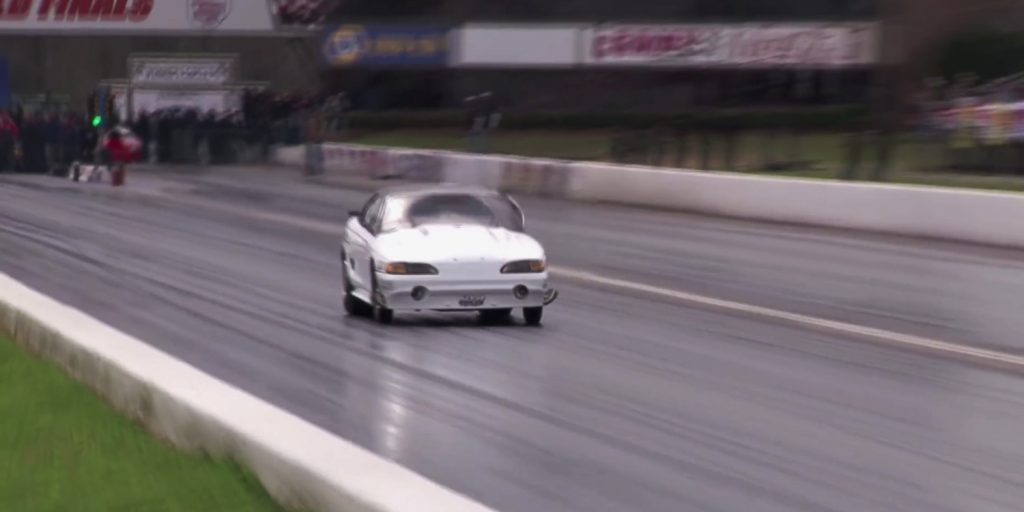 What, don’t believe us? Perhaps you ought to check out the video above, in which a fourth-generation Ford Mustang (SN95) drag car suffers from an exploding window at around 200mph. Skip to about the 0:43 second mark for a frontal view, in which you can clearly see the windshield flex from the intense air pressure before the drivers side window suddenly pops.

Granted, the windows used here are almost certainly not real glass, and we don’t imagine there are too many cars on the road with polycarbonate windows. There are likely fewer still that are ever driven at or above 200mph.

This unfortunate accident happened at the Outlaw Street Car Reunion III drag racing event at the Memphis International Raceway in March, and Urban Hillbilly was there to capture it on video. Despite the mishap, this built Ford Mustang drag car still managed a 3.94-second eighth-of-a-mile with a trap speed of 201.4mph, in what is probably one of the most flawless passes we’ve ever seen.

Oh, and for the record, the driver – one Daniel Pharris – is perfectly fine despite the transparent shrapnel.