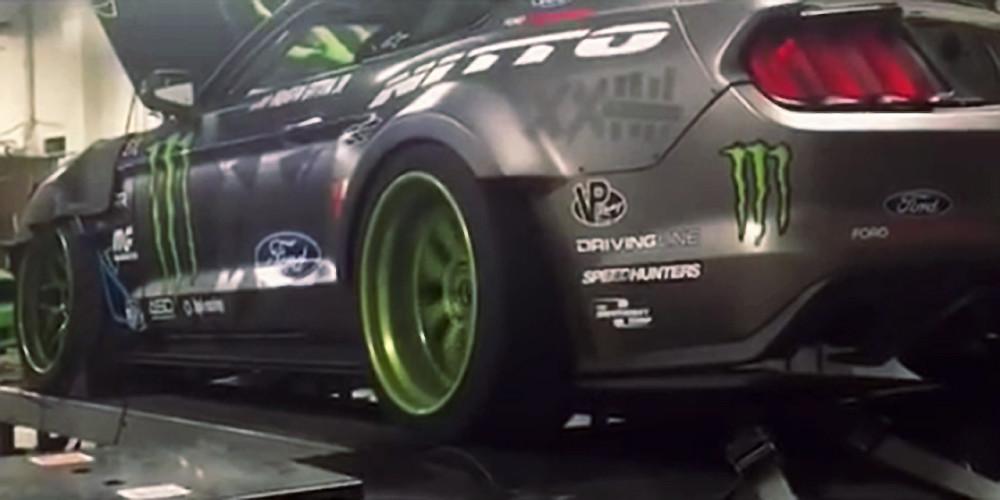 With the passage of last weekend’s Formula Drift contest in Long Beach, California, the 2016 season is officially underway. Vaughn Gittin Jr. and his beastly Ford Mustang RTR drift car are tied for fifth in the standings with 48 points. The next event will take place on May 6th through the 7th, at Road Atlanta in Georgia.

But let’s get back to that Ford Mustang RTR (or “Ready To Rock”). Available from Ford dealers as a tamer, more street-friendly car based on the regular GT, the 2016 Ford Mustang RTR competition car pulls out all the stops with a colossal 900+ horsepower 436 cubic-inch V8 built by Roush Yates. The engine can scream its way to a ferocious 9,000 RPM redline, and individual throttle bodies do little to quiet the noise.

Would you like to hear it? Then watch the video clip above, which shows a quick dynamometer run of Vaughn Gittin Jr.’s Ford Mustang RTR. The plots shown on-screen are a little difficult to read, but it looks like a 926 horsepower peak was recorded, along with over 690 lb-ft of torque.