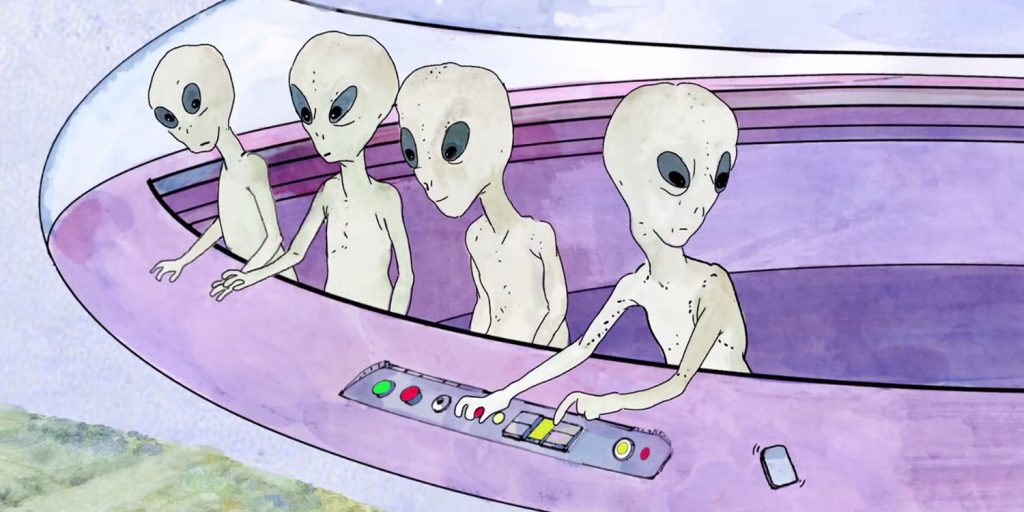 Distracted driving is a big deal.

In a 2011 study conducted by the Centers for Disease Control and Prevention (CDC), one-third of all US drivers admitted to having read or sent emails or text messages while driving, and the numbers have almost certainly gotten worse since.

Ford is doing its part in trying to raise awareness, having just released the above public service announcement warning against the dangers of distracted driving. Granted, Ford did it in perhaps the cutest way possible, inviting noted cartoonist M.K. Brown and illustrator/director J.J. Sedelmaier to pen a cute animation of a distracted UFO pilot accidentally causing mayhem with an onboard laser beam.

Beside this distracted driving PSA – and others penned by the likes of Al Jaffee and Bill Plympton – Ford tries to help create safer drivers in other ways, as well. The automaker hosts a number of “Driving Skills for Life” events each year, which enable Ford to educate young drivers about the importance of making sound decisions behind the wheel, including with regard to drug and alcohol consumption.

Ford’s Driving Skills for Life program is now on its 13th year.