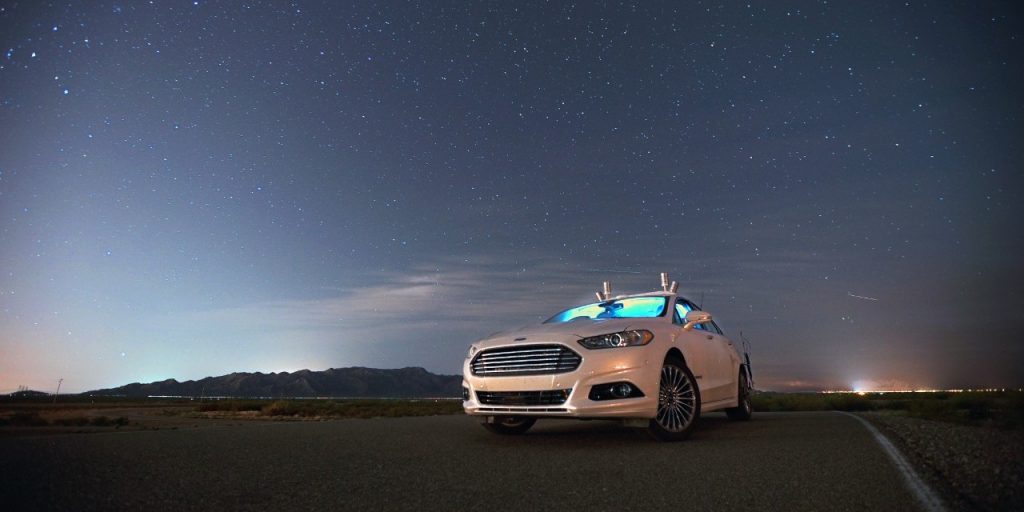 Ford has achieved success testing one of its self-driving car fleet in pitch darkness, with no illumination from the headlights.

This means, of course, that the self-driving car’s cameras provided no input, and the sensor-loaded Ford Fusion sedan instead had to rely solely on RADAR and LIDAR, in conjunction with high-detail 3D maps, in order to navigate the desert road at Ford’s Arizona Proving Grounds. The LIDAR system (LIght Detection And Ranging) emits 2.8 million laser pulses per second, but this light is invisible to the naked eye.

“Thanks to LIDAR, the test cars aren’t reliant on the sun shining, nor cameras detecting painted white lines on the asphalt,” says Ford Technical Leader for Autonomous Vehicles Jim McBride. “In fact, LIDAR allows autonomous cars to drive just as well in the dark as they do in the light of day.”

The 3D maps employed by Ford’s self-driving car test fleet contain information about local topography and geography, road markers, and landmarks such as trees and buildings. Checking against that information allows the self-driving car to pinpoint its own location with precision. Generating these 3D maps for now requires first driving the test route in clear conditions.