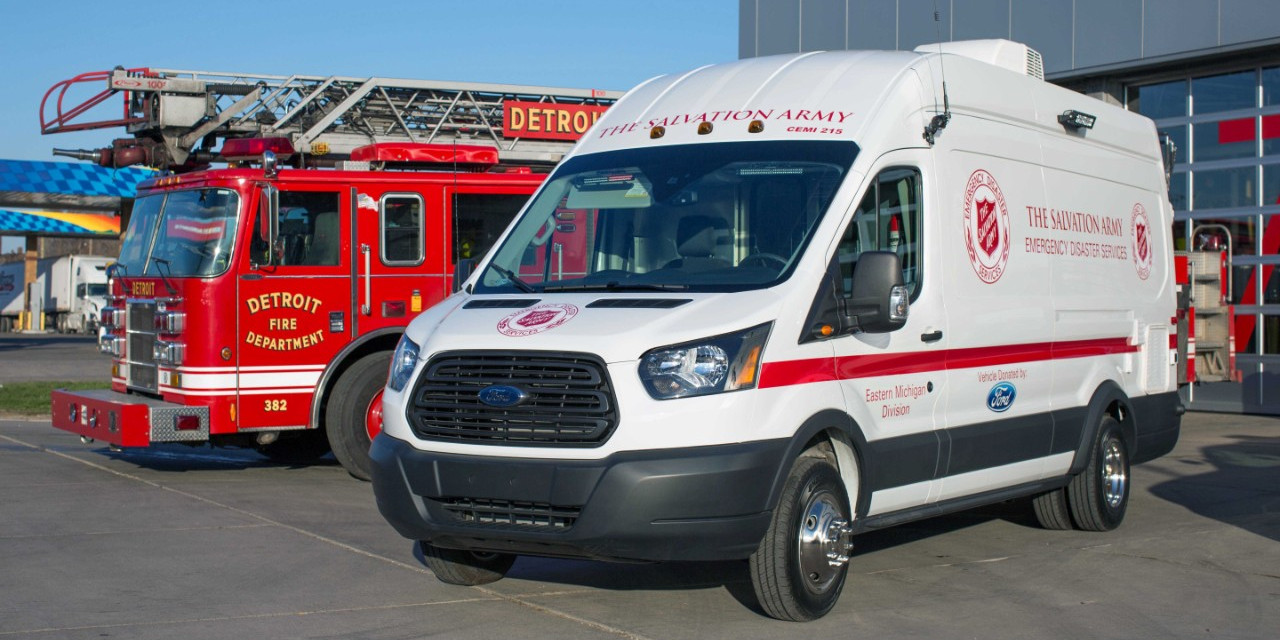 This Ford Transit features the 3.5-liter EcoBoost V6, and has dual-rear wheels. It has custom LED emergency lights mounted on the roof and grille, sirens, PA speakers, and an onboard generator. Some of the 487 cubic-feet of cargo space has gone to hosting countertops, water tanks, a microwave oven, two-burner stovetop, coffeemaker, refrigerator, sink, and electric hot water heater. Ford says that fully-stocked, this Ford Transit disaster relief canteen vehicle will be able to supply food, beverages, temporary shelter, communications support, and other aid to 250 victims.

“Assisting with disaster relief is an important part of our mission to serve the communities where we live and work,” says Ford Motor Company Fund Director Janet Lawson. “The flexibility of the Ford Transit van makes it a great fit for The Salvation Army’s emergency response fleet.”

Another, similarly-upfitted Ford Transit will be donated in Kansas City. 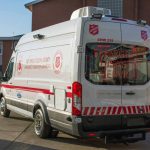 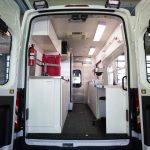 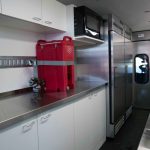