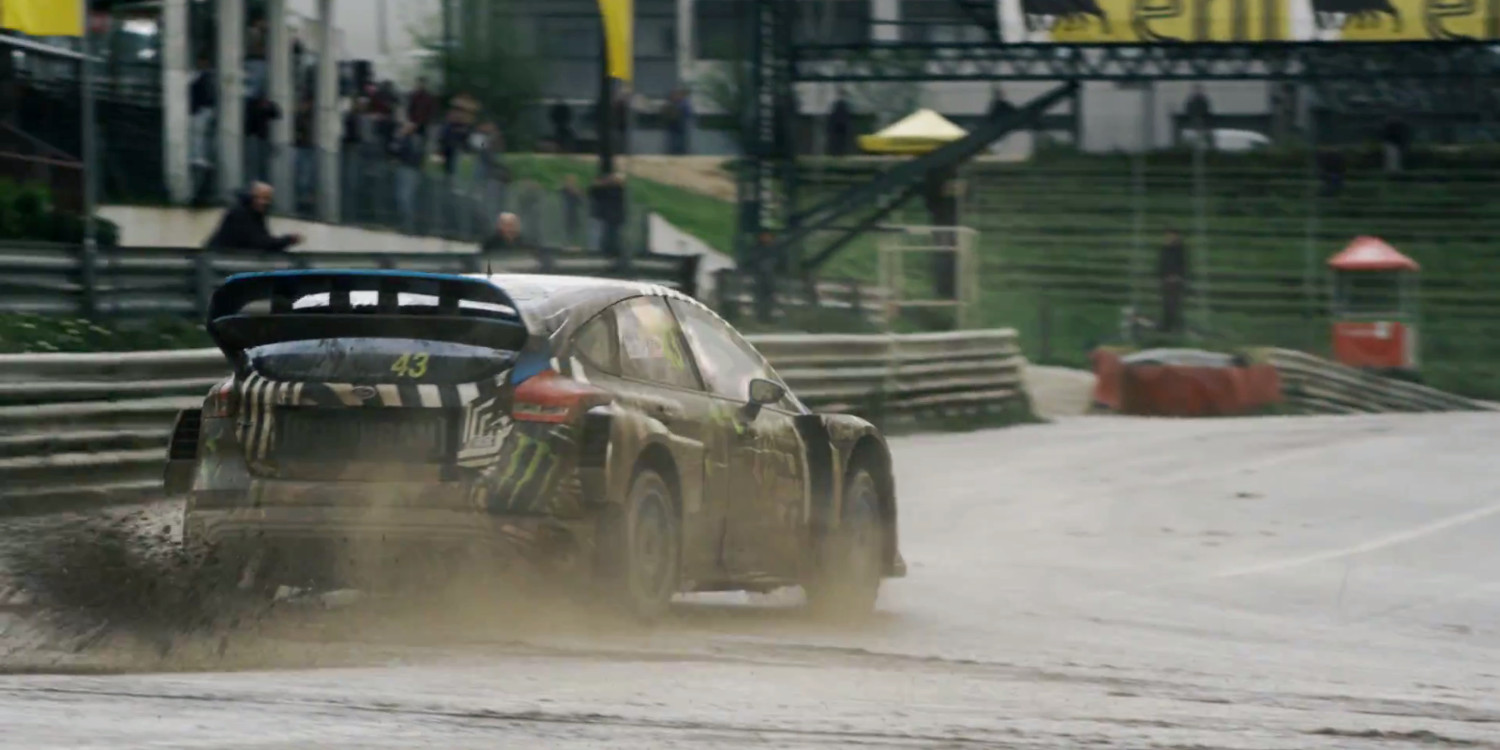 Hoonigan Racing Division drivers Ken Block and Andreas Bakkerud conducted the first-ever public test of the new Ford Focus RS RX competition car recently in Lousada, Portugal. The country will play host to the 2016 World Rallycross Championship season-opener this weekend, at which both Block and Bakkerud will both compete.

This will be Ken Block’s first full season in the FIA WRX series; in 2014, he competed in three events, finishing third in Norway, fourth in France, and failing to place in Turkey. The car that he and teammate Andreas Bakkerud will be driving throughout the season – the Ford Focus RS RX – was shown in a short teaser at the end of Ken Block’s Gymkhana 8 video in February.

The Ford Focus RS RX is based on the new 2016 Focus RS road car, although it’s being powered by a 2.0-liter EcoBoost engine tuned to deliver 600 horsepower and 665 lb-ft of torque. It can reach 60 miles per hour from a stop in just 2.0 seconds, and features a revised, short-long arm (a.k.a. “double wishbone”) suspension front and rear.

We can’t wait to see Block and Bakkerud take on the World RX of Portugal this weekend in their identical Ford Focus RS RX rallycross cars. For a taste of what to expect, be sure to watch the video above.