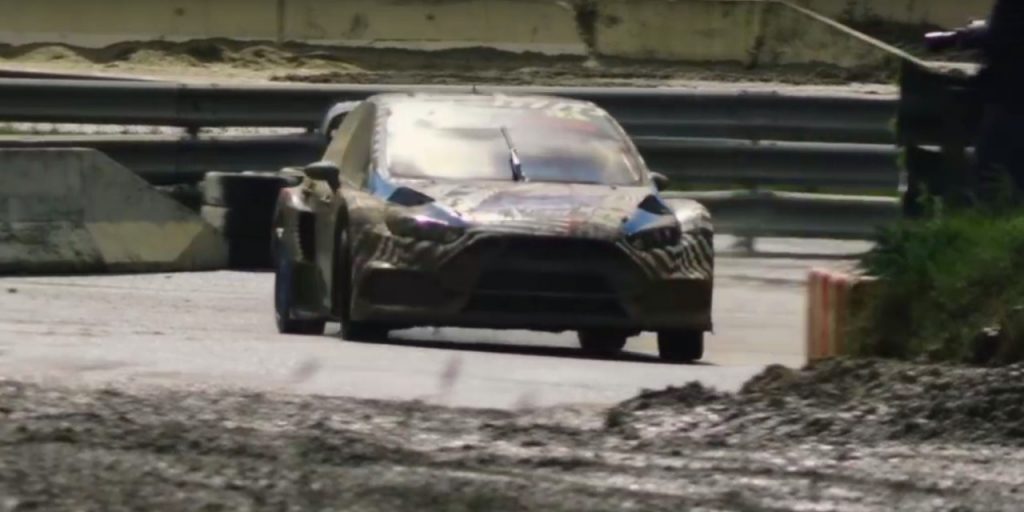 The new Ford Focus RS RX, developed for competition in the FIA World Rallycross Championship, just had its debut performance in the hands of Hoonigan Racing drivers Ken Block and Andreas Bakkerud.

We’re learning more details about the car all the time, so to help us understand just what it is and how it goes, here is a behind-the-scenes tour guided by Block and Bakkerud.

According to Block, the Ford Focus RS RX – which replaces the Fiesta ST stage rally car that he’d driven previously – puts a premium on the driver interface. “One of the big things when we were concepting out this car was really to make everything as easy for us as drivers as possible,” he says. While wrestling a 600HP beast around on treacherous terrain, drivers can’t afford to divert any more concentration than the minimum to tasks like reading warning and shift lights, or controlling myriad different systems such as wipers and ALS (anti-lag system).

To see how the Ford Focus RS RX competition car handles those design considerations, and others, be sure to check out the video above.