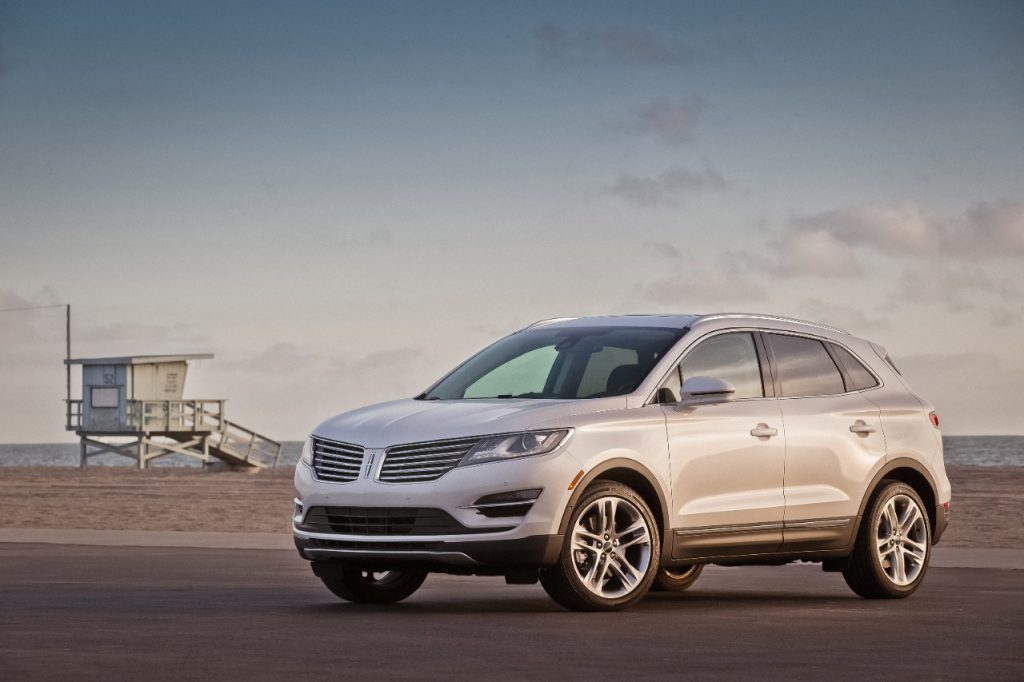 The Lincoln MKC crossover-utility-vehicle is receiving a handful of updates for the 2017 model year, perhaps to remain competitive with Buick’s redesigned 2017 Encore. Nearly 25,000 units of the Lincoln MKC were sold in 2015 – the crossover’s first full year of availability – and Ford’s luxury brand is determined to maintain its new stake in the compact CUV segment.

In particular, the 2017 Lincoln MKC will offer its power liftgate as a standard feature across all models. It was previously available only in certain equipment groups. In addition, Auto Start-Stop will become standard on all front-wheel drive MKCs powered by the 2.0-liter EcoBoost engine, and will be optional on all-wheel drive models; and an “Auto Hold” feature will become standard across the line. Whenever the vehicle comes to a stop, the driver can activate Auto Hold to keep the brakes applied automatically – perfect for stop-and-go traffic.

Finally, the 2017 Lincoln MKC’s SYNC 3 infotainment will gain Apple CarPlay and Android Auto functionality, giving buyers the option to integrate with either an iOS- or Android-powered mobile device.